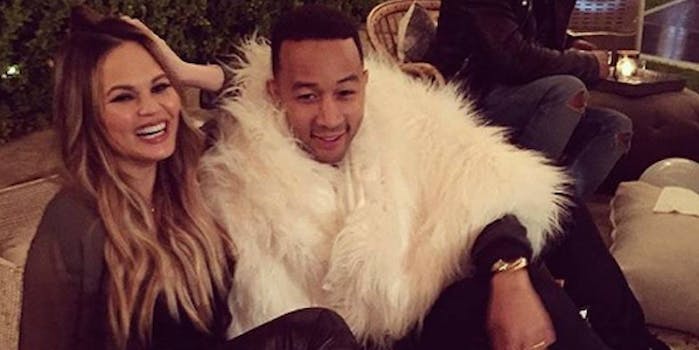 Chrissy Teigen has taken Donald Trump to task a few times on social media, but she upped the ante this week with one short-and-sweet Instagram caption.

The model and author posted a special message for the Republican presidential hopeful on his birthday Tuesday. It simply read, “Happy birthday, you monumental asshole.”

The post has garnered over 165,000 likes and 10,000 comments from fans both applauding Teigen’s attitude and debating Trump’s controversial remarks.

Teigen has previously taken a stand against haters for both her use of in vitro fertilization and her decision to go out to dinner as a new mom. Plus, she and husband John Legend have taken issue with Trump a few times already on Twitter, so this post is just the most recent in Teigen’s long and proud tradition of owns.