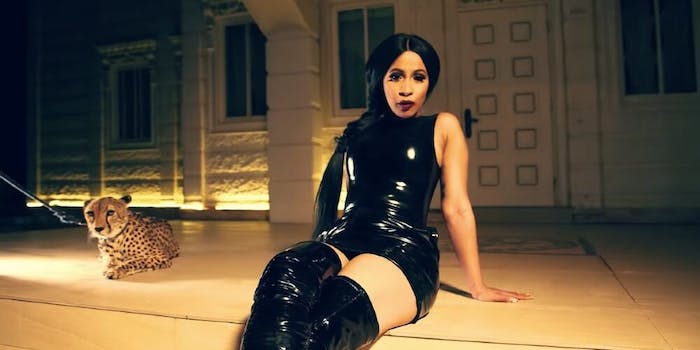 Cardi B said on Twitter on Sunday that she wants to be a politician–people have mixed feelings about it.

“I think I want to be a politician. I really love government even tho I don’t agree with Goverment,” she wrote on Twitter.

I think I want to be a politician.I really love government even tho I don’t agree with Goverment

The tweet garnered thousands of responses and shares in just a matter of hours. Fans shared their love and support, others cautioned her from pursuing politics, and some were completely against the idea.

After she announced it, some volunteered themselves (or their friends) to be a part of her campaign. Others went so far as to say that she should run for president.

Wait no pick me

Growing up in the struggle, I have come to recognize what government could be. We don’t meet government where it’s at, we work to take our government to where it needs to be for the people! I agree with you @iamcardib we can change what we don’t agree with! ✊🏾

Some people weren’t feeling it and pointed out the glaring spelling error in her tweet. (Although, it was likely a typing mistake because she spelled it correct the first time.)

if cardi b is a future government official, we're all doomed https://t.co/qboV17ERO0

Learn how to spell government and then get yourself there. I know you can do it sis 💗💗 President Cardi 2040