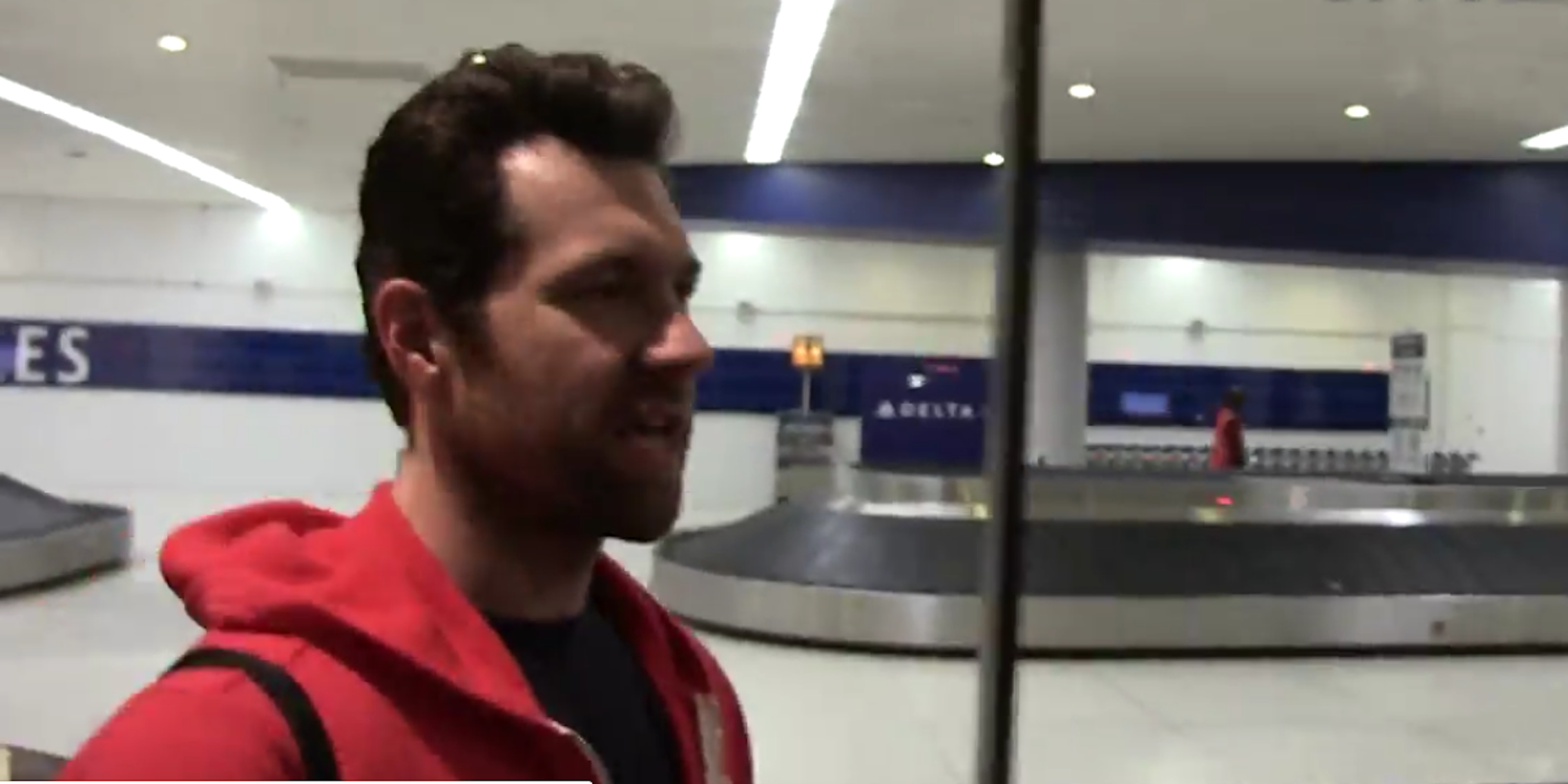 Billy, on the street, is furious.

TMZ caught up to Billy Eichner on his way out of LAX on Sunday. The comedic actor—best known as Craig from Parks and Recreation or from his segment “Billy on the Street with Billy Eichner”—was not thrilled about the Trump administration’s recent attempts to redefine gender and urged people to get out and vote for what they believe in.

“Billy how was Detroit, are the midterms all glammed up?” the TMZ reporter asked Eichner as he walked past the baggage claim.

“Everyone needs to vote. For Democrats,” Eichner stiffly responded.

“I know, well I know you were upset about a certain news story today. The president is redefining gender potentially,” the TMZ reporter begins, before Eichner cuts in with, “He’s not redefining shit, you can’t redefine it, it’s a fact of life. He’s a fucking piece of shit asshole. Evil piece of shit, the whole administration is awful,” he said.

Eichner’s distaste for Trump and his policies is clear, and Eichner’s trademark snark comes through every biting word he says.

“Everyone needs to vote. You can vote now in many states, you can vote early,” he said. “A blue wave should happen. If enough people vote, there’ll be a blue wave.”

Don’t ever try to out-Eichner the comedian when it comes to improv in public.