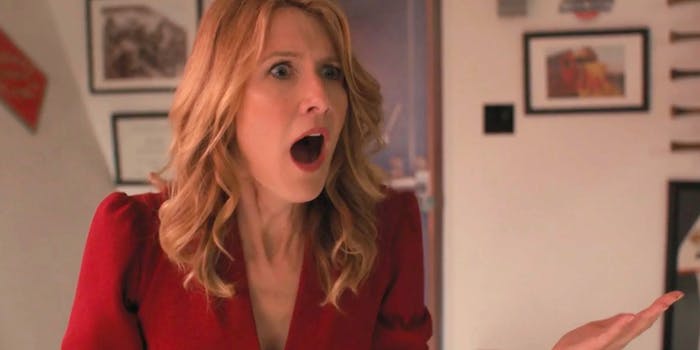 Big Little Lies concluded on Sunday night, and though it definitely tied up all its loose ends, a lot of fans were left wondering what exactly happened.

The premise at the start of the controversial season seemed pretty straightforward: Meryl Streep comes to Monterey, asking questions about her son’s death, and the women try to keep it together. But it was a bit unfocused. The plot development for several major characters, like Bonnie (Zoë Kravitz), felt stunted. Episode 7’s court battle between Celeste (Nicole Kidman) and Mary Louise (Streep) was the season’s dramatic high point, but it’s also a fantasy version of what actually happens in court. There was a resolution but no revelation.

An underwhelming ending might have been the point, but there was also a noticeable lack of POV. That could have been because season director Andrea Arnold was allegedly big-timed by series creator David E. Kelley, who brought in season 1 director Jean-Marc Vallée to reshape her work in post-production, unbeknownst to her. This led fans to demand HBO #ReleaseTheArnoldCut, which reportedly included that missing ice cream scene. For a show that’s so much about women’s friendships—under tragic circumstances, of course—the season spent a little too much time focusing on the men in their lives.

Laura Dern’s Renata Klein might have had the most appropriate response to all this mess in last night’s episode: “Maybe you should have shown a woman a little respect!” she screamed, as she destroyed her husband’s toy train set with a baseball bat.

I think we all know where Renata is taking the bat to next #BigLittleLies pic.twitter.com/vn7NsWfk67

Throughout the seven-episode season, Renata gave us some of the most cathartic moments—distilled into GIFs—of her being rich, declaring she will not not be rich, yelling at her piece-of-shit husband for bankrupting them and cheating on her, and then, last night, destroying his big dumb train set after he uttered a truly awful comment about their nanny.

“Who the fuck do you think I is?! You ain’t married to no average bitch boy!” — Beyoncé but also Renata #BigLittleLies pic.twitter.com/rxOOYOch2R

Renata x the baseball bat,,, we love to see it #BigLittleLies pic.twitter.com/k4nXeUMzzE

This tweet is dedicated to Renata Klein, one of the greatest TV characters of all time #BigLittleLies pic.twitter.com/mEYz42rorG

There were also some suggestions for a potential season 3, which Kidman hinted could be happening.

Rule: every season of #biglittlelies should end in the murder of a husband pic.twitter.com/j45l9e2SGs