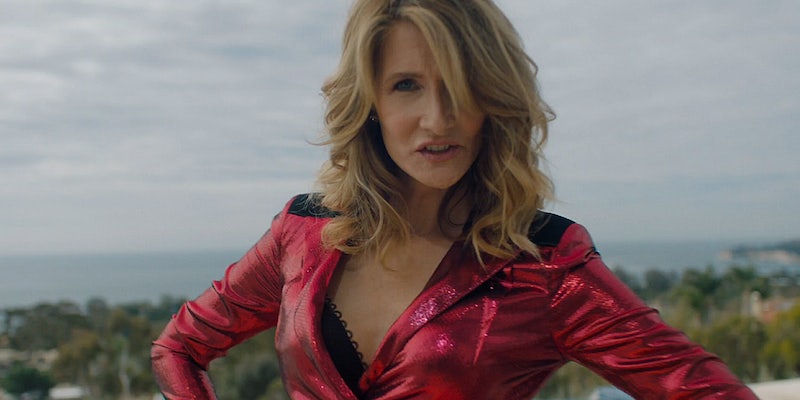 Laura Dern is giving Meryl Streep a run for her money as the meme queen of Big Little Lies season 2.

Dern, who is playing Renata Klein on the critically acclaimed HBO series, is behind some of the show’s best moments. For example, the character’s photo shoot in the first episode—where she danced around her pool singing the Diana Ross hit It’s My House—instantly became iconic.

IT'S MY HOUSE AND I LIVE HERE #BigLittleLies

The latest episode saw Dern’s brilliant acting skills really come to play. In the episode, Renata’s world was turned upside down after her husband was arrested. Later, she learned he committed crimes that left the family without a dime.

Renata’s reaction to losing her money gifted the people of the internet with deliciously rich quotes.

“I will NOT NOT BE RICH,” Renata screams at one particularly GIF-worthy moment.

Laura Dern is alive when we are, and it is a blessing we do not deserve. pic.twitter.com/t3WpRRNVzI

U heard her. Let’s get that mf bread pic.twitter.com/nJjYNMWzmr

After her husband posts bail, they get into a massive fight, and Renata gets so angry that she kicks him out of the car. Passing drivers start honking at her, so she yells at them, “Will somebody give a woman a moment?”

Another meme was born.

laura dern won this episode and renata is who i aspire to be #BigLittleLies pic.twitter.com/U7uVcAsblN

She’s easily become one of the standouts in the series, and it’s not hard to see why.