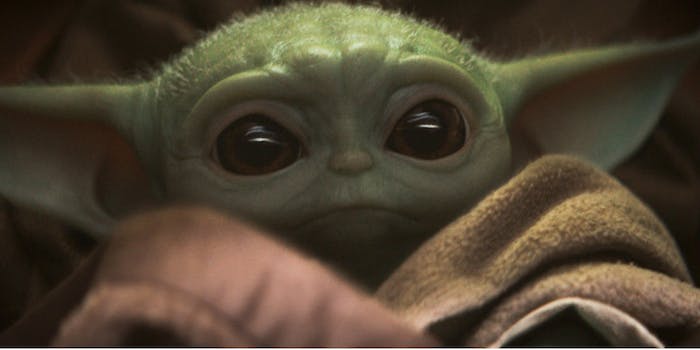 After a copyright snafu in which GIFs of Baby Yoda were removed from the internet, peace has been restored.

The breakout star of Disney+’s The Mandalorian, Baby Yoda (its name until further notice) has found a devoted audience that wants to protect, love, and meme him/her. But last week, Baby Yoda GIFs started being removed from hosting site Giphy; many critics assumed Disney was behind the takedown, but the BBC reports it was Giphy that blocked them.

The company said in a statement that “there was some confusion around certain content uploaded to Giphy and we temporarily removed these GIFs while we reviewed the situation.” It also apologized to Disney, which makes it seem like Giphy preemptively took down the GIFs, but… why?

Disney is probably just fine with Baby Yoda going viral, and Giphy knows that GIFs are a foundational element of discussing popular culture right now, especially as they fall under fair use. Just let us have the one thing that is uniting the internet right now.