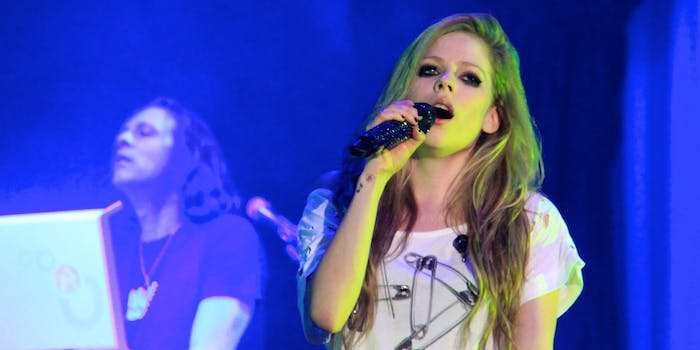 She said see you later boy.

Earlier this week Mark Zuckerberg debuted Jarvis, the personal AI he’s been developing all year, with an amusing and awkward video showcasing what the AI could hypothetically do. But Avril Lavigne isn’t laughing.

At one point during his demonstration, Zuckerberg, who’s accompanied by his wife Priscilla Chan and daughter Max, asks Jarvis to play him a good Nickelback song. Jarvis, who has Morgan Freeman’s voice, responds, “I’m sorry Mark, I’m afraid I can’t do that. There are no good Nickelback songs.” Zuckerberg applauds Jarvis because he was just testing his AI.

It’s low-hanging fruit for sure, but it’s bound to get some chuckles from the people in the back. However, it didn’t land with everyone, and Lavigne, who split from Nickelback frontman Chad Kroeger last year, wasn’t as amused by the joke. She wrote a response in the Notes app and called him out for bullying.

“When you have a voice like yours, you may want to consider being more responsible with promoting bullying, especially given what’s going on in the world today,” she wrote.

Although people will debate whether making Nickelback jokes—which have gotten so overused that even Nickelback has called others out for making the joke—constitutes bullying, we know one thing. Nickelback may always be the butt of everyone’s zingers, but they’ll always have the upper hand knowing that they’ll be more successful than most of us.