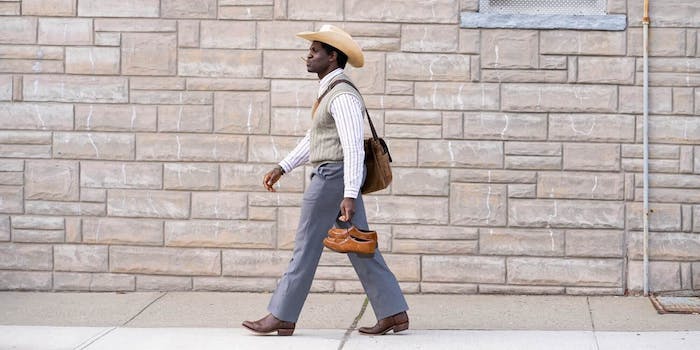 Over my 35 years of life, I cannot recall a single show that left me in tears after each episode outside of Apple TV+’s Little America. This isn’t to say it’s a sad show, though there are many sad moments over the course of its eight-episode first season. Rather, this anthology, made up of slightly fictionalized true stories of immigrants from Africa to Iran, just as often brought out tears do to an overwhelming sense of love. A story doesn’t have to be tragic to be moving, particularly when it’s a story you’ve rarely had the chance to hear.

Little America’s greatest strength is its commitment to the stories we don’t hear. Pop culture as a whole doesn’t share with us a wide breadth of immigration stories. Immigration stories often start and stop with who is going across what border and whether they asked before they came. That leaves gaping holes in the narrative of the immigrant experience and makes it easier for average civilians to paint with a broad brush.

Over the course of eight episodes, Little America shines a light on experiences spanning different kinds of immigrants. There’s a French woman (Mélanie Laurent) on a silent retreat who meets a man who assumes she’s just another American, a gay Syrian man (Haaz Sleiman) hiding from his family while he waits for asylum to the U.S., a Chinese mother (Angela Lin) who just wants a vacation with her kids, and more. As the series goes on, the show plays with our expectations and implicit biases to deliver twists both humorous and occasionally devastating.

Often Little America turns established narrative devices of anthology shows like The Twilight Zone and Black Mirror on their head, withholding information and planting misdirections to enhance the final emotional punch of the episode. Who were they writing that letter to? Why does that mom keep calling herself lucky? Did they ever move that rock? It’s a brilliant stylistic move, giving the audience enough time to build their own opinion before revealing the truth. No episode pulls off this function quite like “The Grand Prize Expo Winners,” about the mother who longs to take her kids on vacation. Prepare to take a little walk after watching that episode.

That isn’t to say every episode has a twist. Some of the most powerful stories in Little America are straightforward narratives so incredible they don’t need an extra hook. Episode 1, “The Manager,” is one of the single best pieces of short filmmaking I’ve ever seen, period. We meet Kabir, a voracious consumer of words and the son of Indian immigrants who run a hotel. While helping run the front counter during his childhood, his father introduces him to the dictionary when Kabir asks what the word “precocious” means. Every time the boy learns a new word he highlights it. If he can learn the whole dictionary by the time he turns 16, his father promises to buy him a Trans Am.

But then a government official comes and tells Kabir’s parents there is a problem with their immigration status, and they must return home. Leaving Kabir in the hands of a family friend, they tell their son they will be back in a few months and to watch after the hotel. Running the hotel and spelling words becomes Kabir’s life until a chance to go to the National Spelling Bee gives the young man a possible opportunity to meet First Lady Laura Bush.

“The Manager” is a subtle, often hilarious, yet heartrending story about the impact immigration issues have on children. During the devastatingly directed National Spelling Bee scene, we see Kibar asked to spell “vivisepulture,” a word that means to be buried alive, only to be shown in a flash the heartbreaking image it brings to his mind. Actor Eshan Inamdar brings a staggering weight to 12-year-old Kibar during these scenes, always a perfect little boy putting on the face of a man in hopes of getting his parents back. Over 29 minutes viewers see Kibar grow up, even as the reverberations of his family separation ring into his adult life. The final scene of the episode is genuinely haunting, though thankfully broken up by one last reveal that will warm your heart.

There’s a scene in the “The Cowboy,” an Oklahoma-set episode about the impact of Westerns on a Nigerian man named Iwegbuna’s understanding of America, where a group of ESL students is asked to give a speech starting with “Only in America.” It’s a scene that stuck with me because the only time I’ve heard anything like it is when I’ve talked to the parents of immigrants I know. In pop culture, we don’t give immigrants time to question our culture, even if it’s something as simple as letting them ask why our cheeseburgers are so ostentatious. Immigrants in pop culture are supposed to be fighting to stay and showing their love for our country. The idea of hearing them get to express confusion, or even anger, about our culture, is alien, simply because of much of our narratives force immigrants to express gratitude about getting to be here at all.

Little America’s episodes are each brilliantly crafted, acted, directed, and written works of art. On a purely artistic level, this is one of the best shows on a streaming network right now. But it’s also one of the most important shows to ever hit streaming service, offering for the first time a block of immigrant stories that’s equally inspiring, moving, hilarious, and artistically compelling. It feels gross to remark on the binge-worthiness of art like this, but that’s one of the show’s greatest strengths. Even if you go into Little America thinking the only good immigrant is one who strictly follows the rules, the storytelling here will draw you in. Whether it moves you is up to what’s inside your heart.

My favorite moment of each episode of Little America is its final reveal. When the stories are told, the screen cuts to black and then returns with a picture of the person the episode was based on and where they are now. Even in the darkest episodes, these moments are like a window being opened, letting in light and happy fresh perspectives. It’s also a reminder that immigrants’ lives aren’t simply their struggles to adapt, but what happens after they get to stop fighting. One of the great tragedies in the ocean of tragedies surrounding our immigration system is the way it puts people’s lives on hold. Little America makes time to let us know that these struggles are the start of a story, not their ending. I can’t wait for this show to return, even if it means crying for another four hours.