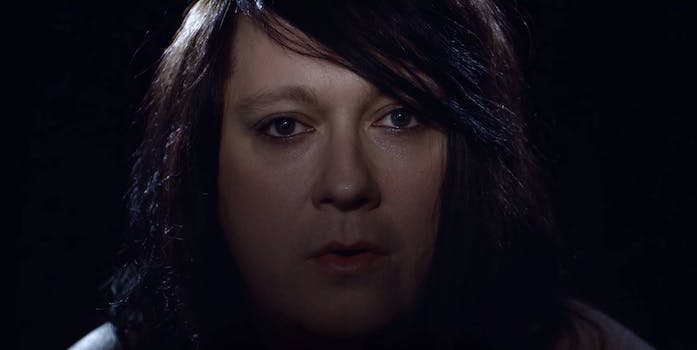 'Recognize her tremendous sacrifice, and her vulnerability.'

Singer Anohni has released a video for the song “Obama,” off her latest album Hopelessness, along with a plea for the release of Chelsea Manning.

Anohni, formerly the singer of Antony and the Johnsons, included an open letter to President Obama in the description of the video, and the song—which was produced by Oneohtrix Point Never—includes lyrics about “punishing the whistleblowers/Those who tell the truth.”

Manning, who is transgender, is serving a 35-year sentence for leaking thousands of government documents to WikiLeaks. The harsh sentence has been appealed, but Manning remains in prison in Kansas, where she attempted suicide earlier this year. She’s also faced new charges amid the attempt. In September, she announced a hunger strike to protest her treatment in prison.

Anohni, who is also trans, is appealing directly to Obama in his last weeks in office, asking him to pardon her. “With Trump incoming,” she writes, “if you leave Chelsea in prison, she will never see the light of day, or worse.”

OBAMA, I voted for you. I campaigned for you across Europe.
Like thousands of others, in the newspapers and on TV, I told European press that you were a feminist, a kind and reasonable man, a just and fair man, that you would restore our country’s dignity.

OBAMA, Please let Chelsea Manning out of prison.
Recognize her tremendous sacrifice, and her vulnerability.
With Trump incoming, if you leave Chelsea in prison, she will never see the light of day, or worse.

If you leave Chelsea Manning in prison for whistle blowing
You send the final message to our nation that the Obama administration brutally punished moral courage in these unforgiving United States.

She has suffered Enough, President Obama.
She poses no threat.

Show us the heart of the Obama administration now.

The election is over.
There is no political advantage left in allowing Chelsea to perish in prison.

Have mercy on her, Obama,
friend of the trans community:
I implore you to Free Chelsea Manning.