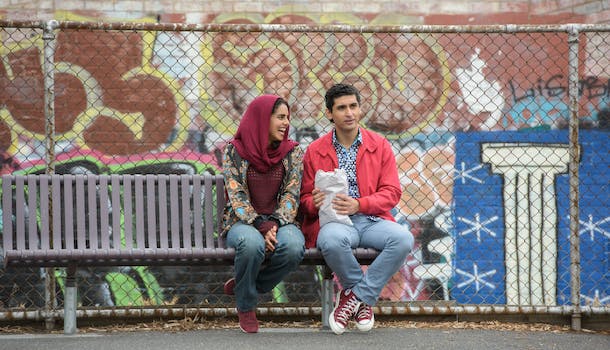 The quietly groundbreaking film is lively and refreshing.

The Muslim world is the ultimate frontier for Hollywood—a demographic that covers much of the global population. Not for nothing, the purchase of the solid and heartfelt romantic comedy Ali’s Wedding represents Netflix swinging for the fences.

Osamah Sami—star and co-writer of the film, which he built from real-life family experience—said the film is “history-making, the first Muslim rom-com, so it’s going to hopefully pave the way for many other similar stories, not just from the Muslim community but other communities and minorities in our society.”

Giving no short shrift to the film as a standalone, the charming Ali’s Wedding serves as a functional rom-com adapted from Sami’s memoir Good Muslim Boy, a bright and honest look into the reconciliation of the modern world and Muslim tradition. (This, of course, varies depending on the sect, heritage, country of origin, and adaption to secularity.) Sami and Andrew Knight (Hacksaw Ridge) tell the story of Ali (Sami, in a strong performance), a young Iraqi-Australian trying his hardest to make his cleric father (seasoned Australian TV actor, Don Hany) and local community proud—and to beat back the pressure from a rival peer.

The story is built around a grand lie that he’s passed his tests to get into medical school. He even doubles down on his fabrication by attending the classes anyway. He’s quickly found out by the apple of his eye, Dianne (Helana Sawires, in a moving portrayal), a medical student and the daughter of a Lebanese fish and chip spot owner. In the course of all this, Ali has already been set up in an arranged marriage he’s desperately trying to get out of, leading to one of the film’s best scenes: the ceremonial tea services to consummate the arrangement.

In the end, Sami and Knight make use of all the usual rom-com cliches, even the “I can’t marry this other woman, so I’m escaping to the airport to find my true love” trope. However, the decisions come with qualitative, selective cheekiness directly aimed at Western filmmakers. The somewhat predictable setup and conclusion allow for some nuanced takes through Sami’s Muslim lens.

The other standout of the film is Don McAlpine, an expert cinematographer who previously earned an Oscar nomination for Moulin Rouge!, and provides excellent coloring, pace, and adds a particular tangibility for the story’s words.

In Ali’s Wedding and Netflix’s decision to pick up the film for their international audience, Sami has probably accomplished his wish. In staying true to his roots, he’s forged a path forward for Muslims worldwide to follow.