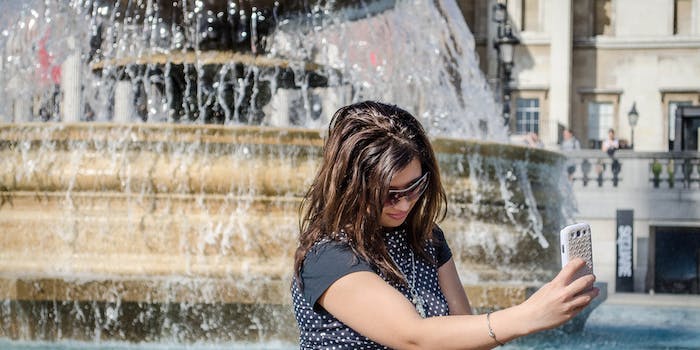 ‘Selfie’ the sitcom is happening, and it’s all your fault

Stop trying to be the Internet, TV.

Television studios have long puzzled over how best to co-opt the popularity of an Internet that otherwise robs them of passive, dead-eyed attention. For instance, do you recall that week in 2012 when the popular Tumblr blogs F*ck I’m In My Twenties and Hollywood Assistants were optioned by NBC and CBS, respectively? Or how William Shatner starred in a sitcom based on the Twitter feed @shitmydadsays? Probably not, because the first two adaptations have yet to materialize, and the third was an abysmal, quickly canceled failure.

Perhaps, ABC appears to have reasoned, the leap from blog to screen is a little too tricky. It would be a lot easier to simply dump a grab bag of digital concepts onto the table and see where things go from there. This, in a nutshell, is the pitch for Selfie, a show created by Emily Kapnek that just earned a pilot spot in the network’s roster. Here’s the actual logline, per Entertainment Weekly:

Comedy inspired by My Fair Lady tells the story of a self-obsessed 20-something woman who is more concerned with ‘likes’ than being liked. After suffering a very public and humiliating breakup, she becomes the subject of a viral video and suddenly has more social media ‘followers’ than she ever imagined — but for all the wrong reasons. She enlists the help of a marketing expert at her company to help repair her tarnished image.

I don’t know about you, but every time the focus lands on a computer in a movie or TV show—whether it’s for a tense hacker scene or some online stalking storyline—I know I’m about to be bored. At this stage in human history, most of us have to be connected to the Internet all day, so it’s understandable that writers would want to dramatize the experience; at the same time, TV has become an important escape from the tiring churn and flux of the Web.

I suppose we can be grateful that the show’s not set in a Silicon Valley startup office, mostly because the real thing is already too painful.