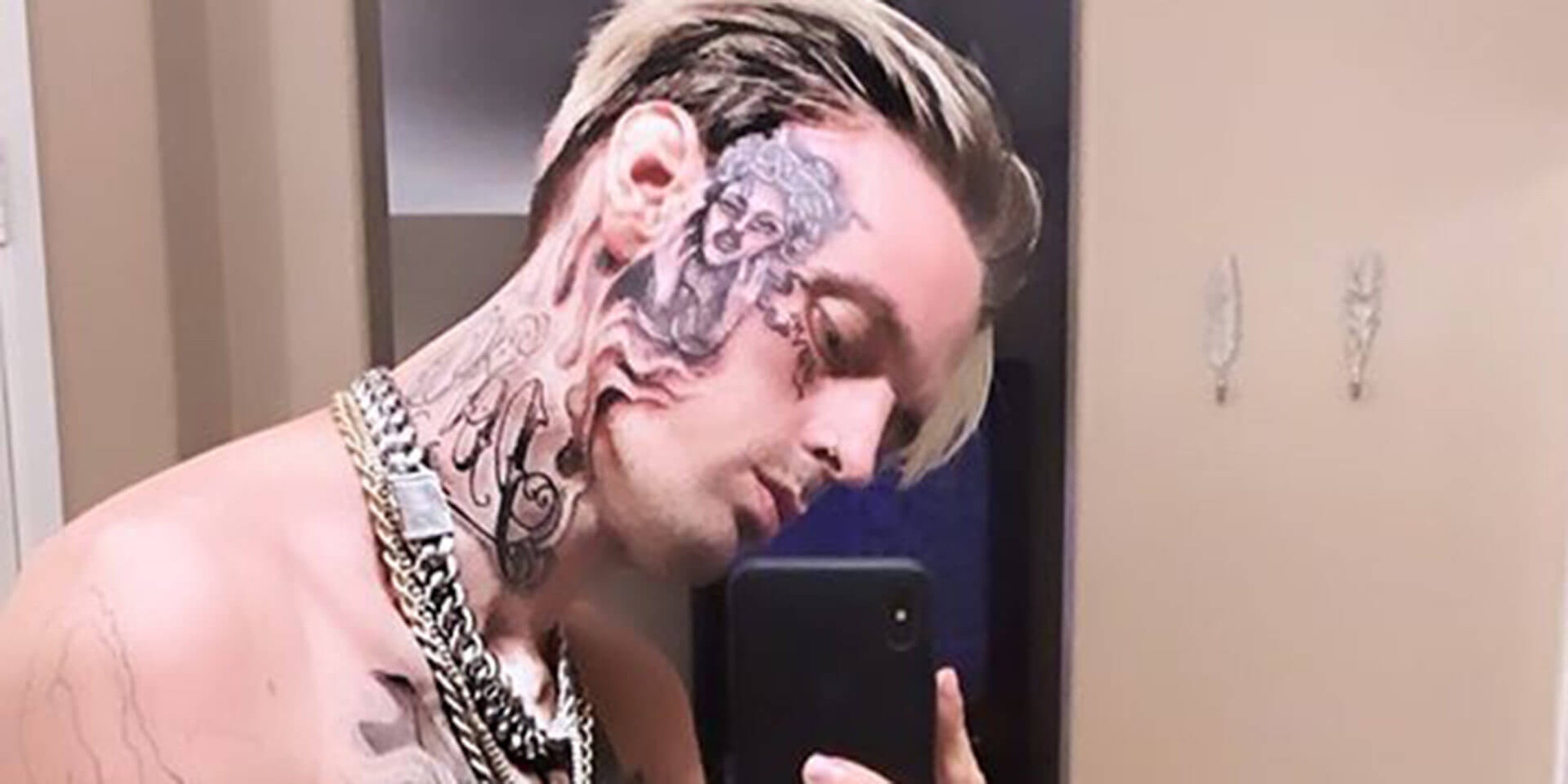 The singer shared photos on Instagram, debuting his new, massive face tattoo of a Medusa-inspired Rihanna, connected to the word “Love”–Love was also his last studio album–on his neck.

“IM THE BIGGEST THING IN MUSIC RIGHT NOW. I CANT BE DENIED. FACT CHECK ME,” he wrote on Saturday.

Carter just released his new single “Sensational Love” and is set to go on a U.S. tour in late 2019.

The new music and face tattoo come after Carter has been in the headlines in recent months. Things escalated a few weeks ago when his brother Nick Carter, a former Backstreet boy, announced that he was obtaining a restraining order against Carter after he allegedly threatened to harm him and his pregnant wife.

“After careful consideration, my sister Angel and I regret that we were required to seek a restraining order against our brother Aaron today,” Nick wrote on Twitter. “We love our brother and truly hope he gets the proper treatment he needs before any harm comes to himself or anyone else.”

Carter then responded to his brother with a series of tweets. “So my brother just got a restraining order against me. And I was just served lol,” he wrote, before denying the accusations that he wished to harm his family.

So my brother just got a a restraining order against me. And I was just served lol

I am astounded at the accusations being made against me and I do not wish harm to anyone, especially my family.

All I ask is for my family to leave me alone. This is blood. Not love. I will never be around you and I don’t want to be around you. I am the one who said I’m done then you send me this!? Ok. Stop trying to get me 5150’d before I file a harassment suit myself nick I have the $

In a recent interview with TMZ, Carter revealed that he was “done with his family” and focusing on personal progress. He has sold nearly all his firearms that he once used to allegedly threaten his brother, and has been working with specialists to help ween him off Xanax.