Vimeo’s new original anthology series, 555, is a show about the business. Across five episodes, Kate Berlant and John Early (Netflix’s The Characters) trace an evolutionary chart of Hollywood archetypes: the fame-hungry, the narcissistic, the dreamers, the outcasts.

But La La Land this is not. 555 is a collaboration with director Andrew DeYoung, a former editor on The Eric Andre Show. He first worked with Berlant and Early on the short “Santa Monica,” a look at the bloom and wilt of a relationship between two people with tribal face tattoos.

DeYoung says they came to Vimeo with “very vague ideas” and it was still on board. As with “Santa Monica” and last year’s “Dinner Party,” DeYoung builds dramatic tension around farcical premises. The episode “Aliens” establishes Berlant and Early as they converse about their Hollywood goals while getting made up as cartoonish aliens. When one of them gets a line in the film, their true emotions are obscured by their masks.

Standout episode “Acting,” which features 3rd Rock From the Sun’s Kristen Johnston as a no-bullshit acting coach, is interrupted by a scene in which Berlant and Early talk on a bed. It feels a lot like improv, and DeYoung says the dialogue was about 95 percent improvised. But once it returns from that sequence, we get one of the series’ best scenes: Early’s character being psychoanalyzed by his teacher. She’s asking him to take off his mask, though he can’t quite get past the “acting” part of it.

In “Mom,” Berlant embodies the overbearing mother of a young boy (played both by Early and an actual child) at an audition. In “Agents,” Berlant and Early channel sycophant Hollywood agents whose day involves a stop at a secret ceremony in which they wear literal masks and can’t shut up about “content.” Their relationship shifts after Early suddenly goes blind (and cross-eyed—a sight gag?), but that might be a mask too. 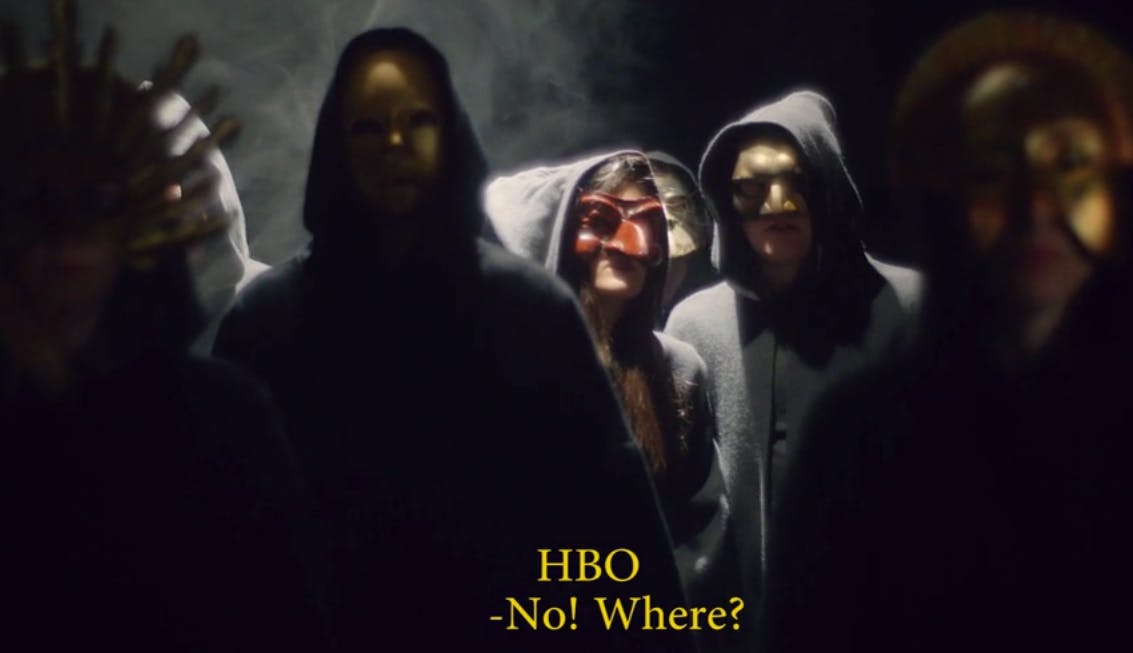 DeYoung says they weren’t trying to “chase” symbols, but the characters are “deeply presentational one way, and feeling something another way.” Berlant and Early imbue these characters with humanity, like when the obsessive audition mom in episode 3 cries while watching her son’s tape.

There have been a lot of recent shows about Hollywood, humiliation, and fame—The Comeback, Difficult People, Lady Dynamite—but 555 feels like a self-contained passage, hinged on Berlant and Early’s improvisational rapport and muscled character-building. Vimeo’s continued to grow its original programming—and actively focused on female filmmakers and creators—but thankfully it’s still elevating experimental endeavors.