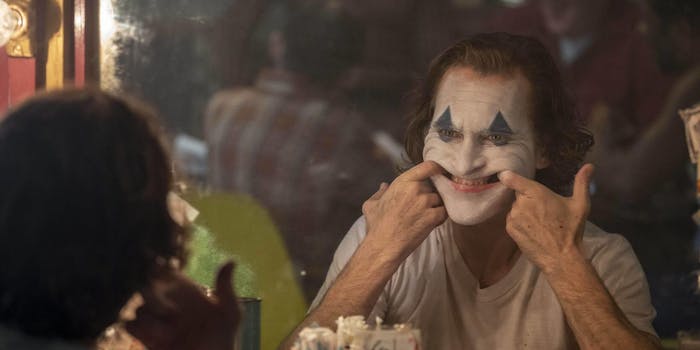 BAFTA Awards under fire for sidelining women and people of color

Britain's most high-profile film awards are a racist, sexist fiasco.

The British Academy of Film and Television Arts (BAFTA) just announced its list of nominees for the 2020 film awards, and they’re already inspiring backlash. Although the Baftas are supposedly meant to emphasize British talent, the nominees were dominated by Hollywood movies—specifically Hollywood movies by white, male directors, starring white actors. Joker was a major favorite this year, with 11 nominations. Every single acting nominee was white.

Selected by representatives from the British film and TV industry, the Baftas have a similar schedule to awards like the Oscars and Golden Globes. Actors and filmmakers attend private screenings and parties to promote their work to the voters, along with public press tours. If a film has major studio backing, it’s more likely to hold multiple events with lavish financial backing. And like the Oscars and Golden Globes, there are structural biases at play.

The Baftas are regularly criticized for failing to recognize up-and-coming British talent, and for sidelining people of color. This year was especially egregious because the awards ignored female filmmakers like Greta Gerwig and Joanna Hogg (who directed the acclaimed British drama The Souvenir), and failed to recognize actors of color like Lupita Nyong’o, Cynthia Erivo, Dev Patel, Jennifer Lopez, Song Kang-ho and Eddie Murphy, all of whom were obvious contenders. Margot Robbie and Scarlett Johansson each received two acting nominations, and the director shortlist was noticeably conservative: Sam Mendes, Martin Scorsese, Todd Phillips, Quentin Tarantino, and Bong Joon-ho. A 2018 report revealed that 94 percent of Bafta film nominees to date were white.

The most insulting snub may be The Personal History of David Copperfield, a critically acclaimed British comedy/drama with a diverse cast, led by a brilliant performance from Patel. It’s basically the living definition of a Bafta movie, but it was only nominated in one category, best casting.

Following a trend during recent awards seasons, the nominees inspired the hashtag #BAFTAssowhite, with film critics and industry insiders criticizing the awards for their lack of diversity.

Interesting that you would have a pic of Regina King and Letitia Wright here, considering no women of color were nominated, again, @BAFTA. Feels a bit bait and switch. #BAFTASSoWhite #OscarsSoWhite https://t.co/uj7GBKc2Zn

You all were so committed to not nominating any actors of color that you actually nominated Margot Robbie twice in the same category. #EEBAFTAs #BAFTASSoWhite https://t.co/PPFAlw7LLu

This ain't about some forced diversity, but when you see the work that was done by people like Lupita Nyong'o, Alfre Woodard, Cynthia Enrivo, Awkwafina, the cast of Parasite, and these are the nominations you end up with, something is clearly wrong. #EEBAFTAS #BaftasSoWhite

The backlash arrived so fast that BAFTA has already released a statement in response:

“In many areas, our voting membership is more diverse than the industry. However diversity continues to be an issue that needs to be tackled urgently within the industry, and Bafta continues to work hard to increase opportunities for underrepresented groups through all of our activities.”

The chair of the BAFTA film committee also described the lack of diversity as “infuriating” and “frustrating.”

However, it’s hard to take these statements seriously when this has been a widely-discussed problem for the Baftas for years. This year’s awards are completely at odds with the diverse range of films that came out in 2019—including mainstream hits like Us, Hustlers, and Little Women. The category for best film was especially telling, listing 1917, The Irishman, Joker, Once Upon a Time… In Hollywood, and Parasite. With the exception of Parasite, an ensemble-cast thriller, the rest of these nominees are male-dominated dramas about violence. The Baftas clearly value a certain kind of story about a certain kind of person, preferably directed by an established white male director.