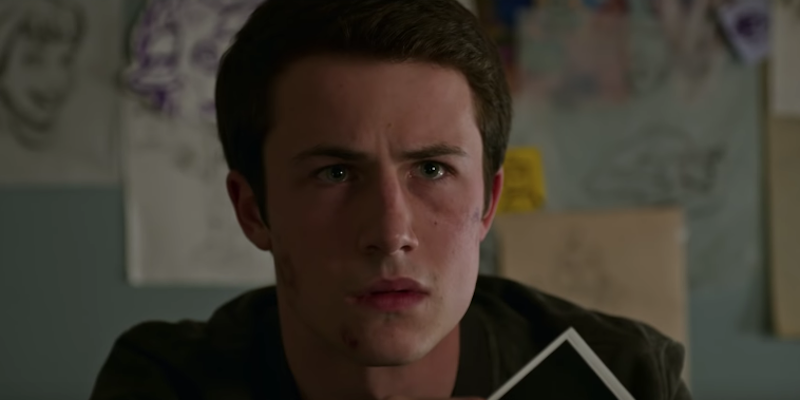 Last week, Netflix premiered the second season of its hit original series 13 Reasons Why—no small feat considering a second season technically shouldn’t exist. Season 1 presented a premise and then resolved it completely, like a made-for-TV miniseries. A teenage girl had committed suicide, leaving behind a box of tapes explaining why she’d killed herself addressed to the people in her life, and at the end of the first season, all of the tapes had been played. But the show was such a success Netflix ended up giving it a second season, and the writers had to figure out what the heck to do with these characters.

Season 2 picks up five months after Hannah’s death. If you care about spoilers, you should stop reading now.

As Hannah’s friends and Liberty High School classmates struggle to make sense of everything that’s happened, Tyler the school photographer is raped in a bathroom by three athletes. It’s a controversial scene, and one the show’s creator has defended in the press this week, saying, “Talking about it is so much better than silence.” The events push the socially isolated Tyler over the edge, and he plans a mass school shooting by collecting a stockpile of weapons, only to change his mind in the final episode after a classmate shows him kindness.

“If there’s a greater sense of backlash about this scene, especially it being hard to watch, ‘disgusting,’ or inappropriate, that goes to the point that we need to be talking about the fact that things like this happen,” show creator Brian Yorkey told Vulture. “The fact that this would be somehow more disgusting than what happened to Hannah and Jessica, I’m shocked but not surprised.”

It’s a hot-button finale for a number of reasons. On the one hand, two female characters were sexually assaulted in the show’s first season—so why should the male-on-male sexual assault draw so much ire? On the other hand, is it realistic to depict a white, male school shooter as someone who’s best stopped with kindness and not common-sense gun reform? Fans on Twitter are torn.

Has it been long enough that we can talk about how exploitative and irresponsible the #13ReasonsWhy season two finale was?

I don’t justify gun violence in school but I think #13ReasonsWhy showed the mental side to what bullying and tourture does to someone that maybe is quiet or different or shy…bullying can change lives in so many ways and it breaks my heart! People get pushed too much…

#13ReasonsWhy season 2 *literally* ends by depicting that if someone is just *nicer* to a white male potential mass murderer, they won’t murder. Sure, let’s end with #victimblaming in a show addressing #metoo , #rapeculture, #maleviolence, #toxicmasculinity and #suicide

13 reasons why 2 shows the black and white picture. It shows that bullying is one of the main causes of school shootings. It just takes one person to make a difference.

SPOILER: The thing that troubles me the most in relation to #13ReasonsWhy2 ending is that a 'school shooting' can be stopped with a 'talk' (while there is not a single word about 'gun control').

SPOILER: Additionally, in 13 episodes, there is no reference about how this troubled teenager collected his armament. It's a narrative centered in understanding his psyche into (potentially) 'becoming a mass-murderer', but #13ReasonsWhy doesn't show how guns are obtained. Why?

No matter which camp you end up in, it’s safe to say Netflix managed to make a splash with this second season.