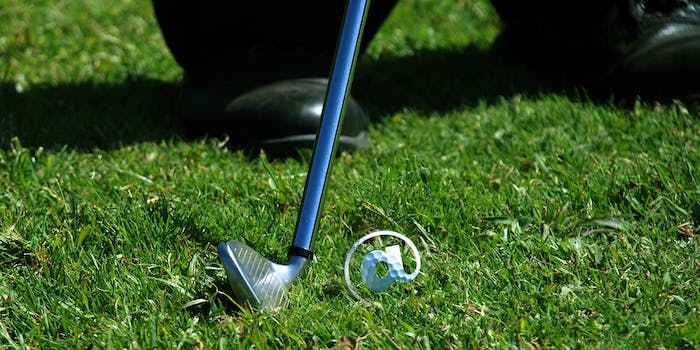 I’m currently planning a weekend trip with a group of close-knit Twitter friends. Most of us have met in person, but none of us have spent even a fraction as much time together IRL as we’re about to. We talk all the time and in many ways know each other better than the RL friends we see more often, but I can’t help wondering if I’m making a dumb mistake. I’m not worried I’m being catfished or anything, I just don’t want to get myself trapped in an awkward or annoying situation just because I assume that people are as much fun offline as they are online.

It’s nice to see that, as online socializing becomes more universal, our primary cultural concern about Internet friends has moved from “is this person going to murder me” to the much more realistic “is this person going to turn out kind of obnoxious.” I’m just thinking about the first time I met an email pen pal, when I was 15; I’m pretty sure my mom was completely convinced he would be a child molester or at very least an antisocial loser. (For the record, he was and is a delightful, hygienic person and we are still friends.) Although a modicum of caution is always warranted, we now mostly trust that Web natives are pretty good at sussing what people are like offline, and sniffing out those who are not acting in good faith. 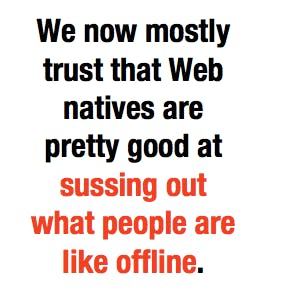 But no matter how savvy you are, you can’t tell whether someone has an irritating voice, a weird pong, a habit of blowing their nose and looking at it, or the inability to stop asking, “Who’s that?” when watching TV. We no longer assume that being online or having online friends a priori means that you must be Comic Book Guy, but it certainly doesn’t make you an exception to the rule that 90 percent of people are annoying.

Here’s the thing, though—neither does being friends in real life. It’s always a risk the first time you commit yourself to spending days on end in each other’s company. The person who’s the life of the party in the evening might be a huge grump in the morning—or maybe she’s so much fun because she never turns off, and it’s impossible to get any down time. It’s a risk any time you commit to long periods in a friend’s company when you haven’t done it before.

Is it a bigger risk with online friends? Sure, at least a little; certainly with friends you haven’t met before. There are just more unknown factors. So it pays to be prepared: Plan a short trip, and build in some alone time. (Are there activities some of you want to do, but not others? Can you travel separately but stay together, or travel together but stay separately?) Keep an eye out for signs that others need alone time, too. And pay attention to the misgivings you’re feeling right now. If you’re worried because “a trip with mostly-online friends” sounds kinda risky, that’s less of a red flag than if you’re concerned about a specific negative trait or personality clash.

In other words, be conscientious and courteous, just as you would with any group of friends. But don’t worry that “we met on Twitter” is a death knell for your vacay.