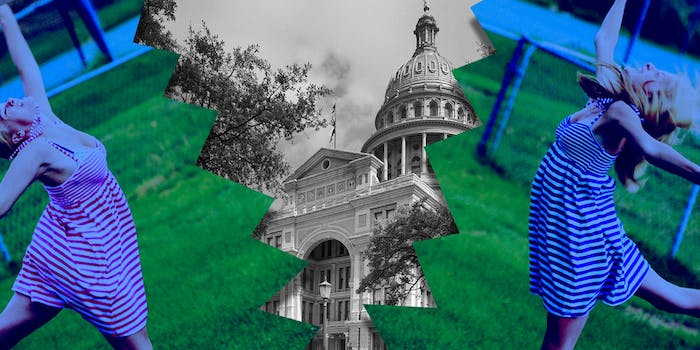 I get that you're passionate about your religion. But please, it's too much already.

A friend I used to be very close to has recently become a socially conservative Catholic. This means that the things I see go by on Facebook include arguments against the birth control compromise, RSVPs to March for Life events, anti-atheist sentiment, memes about how feminists are hypocrites, and other stuff that makes me feel punched in the gut. (Also church group events and whatnot, but I don’t care about that.) She’s free to have her own positions on these issues, but they are really repugnant to me and I guess mine are probably repugnant to her.

I don’t have any illusions that we will ever be as close as we were before, but I’ve always loved and admired her and wanted to spend time with her if possible. And she does tend to go through phases where she strongly embraces an identity, makes it central to her personality, and then discards it. Probably the most notable instance of this was the time she identified as gay for about six months, but there have been other examples. How do I handle this in a way that doesn’t burn bridges forever, in the very likely event that she grows out of it soon?

First of all, I’ve said this before, but you should never feel shy about blocking someone on Facebook. It’s simple, reversible, and she’ll never know you did it. You can also tell Facebook to show you only important updates (mouse over her name, then go to the “friends” drop-down and choose settings), so you’d know if she got engaged or something but don’t have to see the anti-choice detritus of her normal life. It’s amazing how much less mental energy Facebook requires when you just remove everything that makes you furious from your feed.

So do that first. Do it now. I will wait here for you. If you don’t do it right away, your desire to maintain your friendship at all is going to erode very quickly—which is good in that the fact that you can’t be friends right now will cease to feel like a problem, but it also means losing someone who’s been important to your life. For sure, sometimes we have to let those people go with no regrets, and just think, “Well, I’m grateful for what we had, and the friendship ran its course.” But if you really think that she may snap back to her old personality, you might want to preserve that choice, instead of getting yourself so disgusted with her that dropping the friendship forever is a foregone conclusion.

Set yourself a reminder for, say, a year from today—whatever experience dictates is the normal length of time for her to hang on to a new identity. Smartphone calendars and Google calendars are amazing; you can set appointments for years in advance. Check in then, and see whether anything has changed.

But be prepared for the idea that it may not. Sometimes people feel all the more committed to a religion that they came to late in life. And she may be getting something important from the religious community, something she finds sustaining enough to make it worth losing an old friendship or two. This is not something I personally really understand, and it sounds like you don’t either, but we don’t have to—we just have to respect that for some people, even people who didn’t seem the type, religion is or becomes supremely important and that feeling is genuine.

So set an appointment for a year and one day from today, reminding yourself to either decide her ideology is not as alienating to you as you’d thought, or meditate on feeling grateful for your time with her and sorry you can’t still be friends.