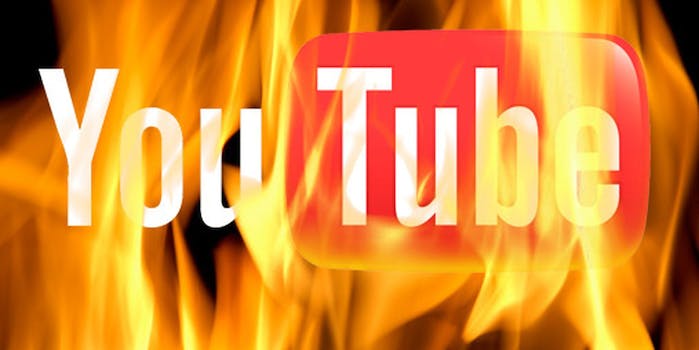 YouTube puts an end to the ‘reply girls’ reign of spam

Effective Sept. 12, YouTube will no longer allow video responses, a feature that users have long manipulated for pageviews and profit.

YouTube is retiring video responses, ending an era ruled by controversial “reply girls” who used a combination of search-engine optimization and sex appeal to obtain millions of views.

“Currently video responses have a click-through rate of .0004% — in other words, only 4 out of every 1 million users who sees a video response clicks on it,” the company wrote on its official partners and creators blog. “In the meantime, you can continue to encourage fans to upload videos with specific titles, hashtags or descriptions.”

The reply girls saga started in November 2011, when opportunistic users, led by the likes of Megan Lee Heart and Alejandra Gaitan, started exploiting YouTube’s related-videos section through tag manipulation and timely videos. After three months and significant user frustration—the videos often consisted of little more than incoherent rambling—YouTube labeled the girls as spam and altered its code in attempt to quash the issue. The issue has improved with time, but it’s never gone away completely.

“Reply channels will never die,” Gaitan told the Daily Dot in May 2012. “YouTube will have to cut people who do genuine replies, and they don’t want to do that.”

That’s exactly what YouTube appears to have done, and the move could have several unintended side effects.

For starters, there’s a legitimate side to video responses that’s being shut down. YouTubers have long used them for social networking, as seen in VlogBrothers’  massive  Nerdfighter fandom, and to help grow their own channels by commenting on more popular videos. Others have used them as a narrative element. Shay Carl’s Shaytards, a successful webseries about his family, strings together its new episodes as video responses, so that viewers can watch them all in order.

Some users also took issue with the language of the YouTube announcement, which assumed that those making video responses were “fans” and not contemporary content creators.

“Tell the truth,” the Hustle Code commented. “More and more the ways in which we connect are being limited, until the internet is little more than what the television used to be. A one way feeding tube.”

Though most of the more than 200 responses are negative, some users are grateful for the end of the reply girl era.

“My channel has over 900 videos,” YouTuber Mark Kasimoff commented. “I disallowed the function months ago. I got tired of people trying to spam my videos with attempted video responses that had absolutely nothing to do with my video. It was spam, pure and simple.”

But even of the reply girls’ most outspoken critics, HappyCabbie, spoke out against the decision.

“I also regurlary [sic] cross promoted my videos by posting responses to myself,” he wrote. “It is how I was able to get a high click through rate. When someone found my video they were always directed to another.  Remember 40 percent of my views comes from mobile users who can’t use annotations. …

“As a content creator and consumer I relied on video responses. Please reverse this decision.”