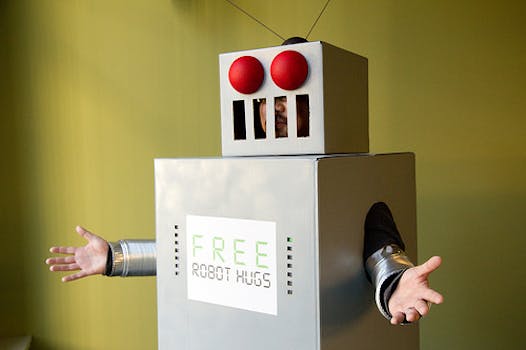 If it weren't for a community uproar, would Google have fixed YouTube's latest problem?

“The sky is falling!”

You hear that a lot on YouTube. But when unofficial YouTube sheriff William Hyde, better known as TheWillofDC, sounded the alarm in a news video titled “YOUTUBE LOSING CREDIBILITY AND TRAFFIC,” he actually had an all-caps case.

For eight days running, YouTube’s front page had been taken over by “botted” videos—videos whose views had been artificially inflated by software programs designed to trick YouTube’s servers—and as far as YouTubers could tell, YouTube’s owner, the mighty Google, seemed powerless to stop them.

Hyde was in a state of panic over what he and many other YouTubers thought was the beginning of the end of their beloved site.

Google did eventually stop the worst of the bots, fixing a vulnerability in how the site counts mobile views. But the botting problem is far from over. And the episode leaves a lot of lingering questions over the site’s future.

YouTube’s front page isn’t just another website homepage. It’s a cultural touchstone for YouTubers, an expression of the site’s mission to let anyone with a webcam “broadcast yourself.”

And the site’s reputation and financial viability isn’t an abstract concern for YouTube’s video creators: Since YouTube shares advertising revenue with them, they’re worried about losing their paychecks.

So the notion that Internet pranksters could wreak havoc on the front page has them concerned on many levels. As you’d expect videobloggers to do, they vlogged about the situation, spinning doom-and-gloom scenarios where the problem went on for months and advertisers pulled out, leading to the death of the site.

But YouTube, which hasn’t been as responsive to YouTubers’ past complaints about bots, took this episode seriously, patching one of the site’s known vulnerabilities late last week.

The company hasn’t said much publicly about the incident. Last week, a product manager, Bing Chen, acknowledged the problem on Twitter: “We’re working on it. It’s a tough issue for sure.”

After the Daily Dot informed YouTube about the details of this story, a representative said the company was preparing a blog post about the subject but otherwise declined to comment.

Here’s where YouTube’s latest crisis got its start: Two weeks ago, Internet miscreants latched onto a post in a hacker forum that gave away for free the code to exploit a known vulnerability in how YouTube displays videos on smartphones.

This mobile API used to be exploited by paid botters, companies that promised to boost a YouTube video’s views for popularity or monetary gain. Botting is a violation of YouTube’s Terms of Service, and Google bans users caught using bots. But enforcement was rare, and as long as you didn’t bot all your videos, it was unlikely you’d get caught. It was an easy if expensive way to get on YouTube’s front page.

What used to be a tidy black-market business became a free-for-all with the hackers’ release of two downloadable software programs. With no financial barrier to entry, anyone could bot—and YouTube’s front page became the mess the world saw last week.

Normally, YouTube celebrities dominate the main page, but last week, Ray William Johnson, the No. 1 YouTuber,  was lucky to find a slot.

In his place stood known YouTube annoyances like Jeffery Sapron and F7Mx. A video by Sapron, since removed, saw 5 million views. F7Mx’s inane declaration of love for pop-country singer Taylor Swift, still on the site, has more than 10 million views. Both YouTubers claimed those videos were botted by “haters” who disliked their work.

Watching these botted videos, it doesn’t take long to conclude they’re not regular front-page fodder. And a technical analysis of the videos’ statistics—for example, the ratio of likes, dislikes, and comments to total views—show known signs of botting.

Alejandra Gaitan, aka TheReplyGirl, who played a prominent role in the site’s recent “Tittiepocalypse” controversy, was also on the front page last week. Her video, in which she complained about her videos being botted, showed signs of being botted.

Complaining about botting then became its own Internet meme. CopperCab, Internet-famous for his rant about redheads having souls, even made a minute-long video addressing the bots “ruining,” “destroying,” and “mocking” YouTube.

Jokes aside, YouTubers have been complaining about the exploitable mobile API for more than a year. It seems that Google may also have been aware that something was wrong with YouTube’s mobile version, since it hasn’t been charging advertisers for mobile views.

Google sells ads on YouTube’s front page, however. And the front page drives Web traffic to videos against which Google also sells ads. That is probably why YouTube reacted with unprecedented speed to fix the issue.

But until then, top YouTubers accustomed to making it to the front page through their on-screen talent and large fanbases, were losing hundreds or thousands of dollars a day in ad revenues during the botting crisis of last week, according to estimates by YouTubers the Daily Dot spoke to. (Google does not allow YouTubers to discuss their financial arrangements.)

It’s not clear if YouTube itself felt an immediate financial impact, since the botting attacks simply changed which videos were displayed on the front page. But with low-quality videos flooding the front page, it risked turning off viewers and advertisers.

It’s possible that this was more than a dollars-and-cents issue for YouTube. The reply-girl fiasco, in which young women in low-cut outfits filmed themselves responding nonsensically to popular videos, may have marked a turning point for YouTube’s often-contentious relationship with its community.

Remember that YouTube, the company, has struggled to understand YouTube as a community. At one point, the company flew in a professor to explain YouTube to itself.

YouTubers are raucous and prone to panic and hyperbole. But they are also keen studies of the site.

If the people running YouTube are now paying closer attention to YouTubers, sifting signal from the noise and sorting legitimate gripes from attention-seeking drama, it can only make YouTube stronger as a company and a community.

YouTubers are taking this swift botting fix as a hopeful sign: In the land of YouTube, the sky isn’t falling. For once.