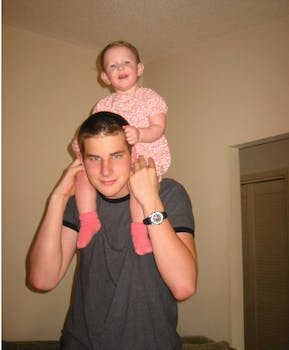 William Zeigler was arrested on Friday by Tallahassee police. The 25-year-old is currently being held without bail in Florida’s Leon County Jail.

As  reported by the Daily Dot in mid-February and confirmed by arrest papers, Zeigler convinced dozens of girls, some as young as 10 years old, to “audition” via Skype for modeling gigs made available through New York’s Ikon Modeling. The agency adamantly denied, both to the Daily Dot and the FBI, any involvement in the solicitations.

Zeigler would track teenage and pre-teen girls through YouTube, finding videos that show young girls dancing, stretching, or modeling in some other form or fashion for the camera. Many of the videos were seen by few more than the girls’ close friends.

He would then contact the girls via YouTube’s private messaging service, a service whose use cannot be reported to Google, YouTube’s governing body. (Site abusers can only be reported if they’re posting videos or public comments, YouTube’s current Safety and Abuse reporting process makes clear. Private messages cannot be tracked.)

According to documents and testimonials obtained by the Daily Dot, Zeigler’s first solicitation was almost always to get the girls to communicate with him through Skype, where he’d ask them to pose and model for him in an “audition” that eventually concluded with him asking them to take off their clothes. A number of girls took to their YouTube channels in the wake of Zeigler’s efforts to recount their experiences. More than one of the girls reported that Zeigler threatened to publicly distribute their pictures if they did not comply with his wishes.

In February, Zeigler’s YouTube account was banned from the video-sharing site. At the time, clicking a URL link to the account he once held returned a written response from Google: “The account has been terminated due to multiple or severe violations of our Community Guidelines.”

Zeigler faces 15 felony counts, including promoting sexual performance by a child and extortion.

Correction: The original version of this story misspelled the name of the suspect, William Zeigler. We regret the error.