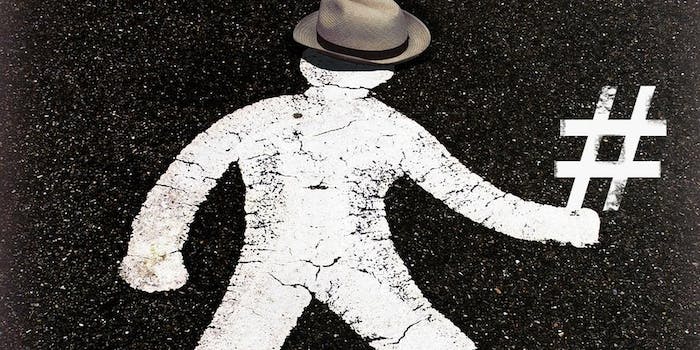 How men can handle #YesAllWomen without being jerks

What to do if you’re a dude who does not want to be a noisy baby about #YesAllWomen? I’m glad you asked.

I hope you had a nice relaxing Memorial Day weekend away from the Internet! Welcome back, and I regret to inform you that it seriously sucks right now.

To recap: A young man allegedly shot six people and himself in Santa Barbara, Calif., leaving behind a trail of text and videos documenting his fury toward women, whom he blamed and hated for rejecting him even though he felt entitled to their affections.

Women on Twitter were appalled and frightened by this virulent misogynist rhetoric, but we were not especially surprised, and then we were kind of appalled and frightened that we weren’t especially surprised. So we came together to share stories of the harassment, aggression, dismissal, and dehumanization that women—#YesAllWomen—face every day. (The hashtag was started by a young woman of color who says she would rather avoid personal attention and focus on the stories being shared.)

And boy, did this piss off some dudes! I guess one of the nice perks of not getting hassled on the daily just for walking around with tits is that a bunch of women talking frankly about their lives is the worst affront you can imagine.

Terrified of not being the center of attention, men swiftly attempted to restore the status quo. We saw a few tweets about #NotAllMen (for the usual wankery) and #YesAllMen (for whining about not being allowed to piss in a bush). Most enthusiastically, there was #YesAllPeople, because why are we talking about women when we could be talking about people, am I right?

Not all girls are sluts but some are Not all guys are Elliot Rodgers but some are. No one gender can be blamed for everything #YesAllPeople

#YesAllPeople because if you attack an entire gender, you shouldn’t be surprised if they don’t take it very well

It’s true that #NotAllMen need to put themselves at the center of every discussion. I mean, most of you have the instinct, because you’ve been heavily socialized to think you’re the most important animal, vegetable, or mineral in any given room—but some of you are trying. So: What to do if you are a male-identified person who does not want to be a noisy baby about this? I’m glad you asked.

Look, I’m not trying to reinvent the wheel here. Many of the same women tweeting vocally on #YesAllWomen were hopefully shutting the eff up during #SolidarityIsForWhiteWomen, because if they’re white it wasn’t about them and their voices. (Many of them were not, in fact, shutting the eff up, because white people also have that problem where we’re strenuously trained to believe we’re the cat’s pajamas—but the point is they should have.)

At most, you can do one “Hey, everyone should check out what’s happening in this hashtag” tweet, but consider: Are you doing that just to be seen and acknowledged as an ally? Would it be just as effective, and less self-aggrandizing, to retweet some of the best examples you see, and trust that people can figure out the rest?

I am, however, in favor of a limited number of tweets outside the hashtag talking about how listening to others’ stories has affected you. Tell other guys that they should listen too. Because you are listening, right?

My fucking GOD, I’m legitimately ashamed to be a man today. We are failing hard.

Sure, you could just mute the hashtag and be assured of perfect compliance with point No. 1. But you are being given a rare opportunity to eavesdrop on people whose experiences you do not share, and watch them connecting and commiserating with people who do. It might be uncomfortable; it’s often uncomfortable to see the way people talk about you when you’re not in the room.

But it can also be illuminating. And if it’s not, well… for once, your discomfort and your benefit are not actually the point. (Needless to say, this one also applies to other hashtags by other groups.)

If you need angry and scared women to calm down before listening to them, you are a huge part of the problem.

That said, if you’ve been paying attention properly and you see one of your dude friends being a shitbird—now or in the future—you will have the instinct to go, “Whoa, that’s not cool.” Indulge that instinct. If you do not feel it, go back to step 2, and do it again.

Men, raise your hands if another man told you something he was doing that you knew was wrong, but you just nodded your head.

Don’t just bloody type ‘not all men’ in so many words as if it gave you a Get Out Of Gender Free card. If you mean it, shut up and live it.

Male allies, I love you, but I do not want to see you in #YesAllWomen. (See point 1, above.) However, I am perfectly happy to see you popping up in #YesAllPeople being a dick. Use your natural tendency to shout over people as a force of good!

One of the things I find so frustrating about the gay rights movement is they never talk about climate change or Israel. #YesAllPeople

Shout out to the heroes of #YesAllPeople for realizing that tragedy and weaponized misogyny is really about your old weird-dicked grievance.

The good news is, being an ally on Twitter is as easy as reading and thinking and not moving your fingers. The bad news is, that’s pretty hard for some guys. But I trust you.

Good luck, fellas, and I hope to run into you around the Internet, being seen but not heard.

Photo via hills_alive/Flickr (CC BY 2.0)