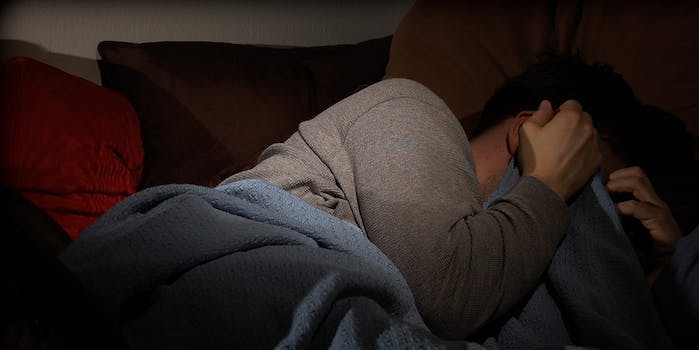 Ah, the wonders of capitalism.

Every four years, the World Cup demolishes workplace productivity. Employees sneak off for hours at a time, only to return giddy and confused, draped in a national flag and perhaps sporting a neon wig. Others surreptitiously load up streams on their laptops, their phones, their second monitor.

And in China, where games this year will broadcast between 3am and 6am, workers are actually paying for forged sick notes so they can sleep off their World Cup hangovers.

Chinese media is calling it “World Cup Sickness,” and the notes are very real. The Telegraph even got its hands one, after forking over 100 yuan (about $16 dollars) to a company called Shanghai Sick Notes—one of just many that have flooded Chinese e-commerce sites such as Taobao.

Chinese news site Sina reached out to one admitted addict.

“Recording games is no good,” 27-year-old man surnamed Liu said. “Only watching them live can satisfy my craving. But if I watch games all night, I’ll be drowsy the next day, and my boss will definitely get pissed.”

Those $16 might actually be worth it, at least for a day or two. One hospital staffer told Sina that there wasn’t really any way to prove a given sick note is a forgery, short of marching it into a hospital itself. And what’s the chance of that happening when the bosses themselves are probably dealing with their own soccer-induced hangover?