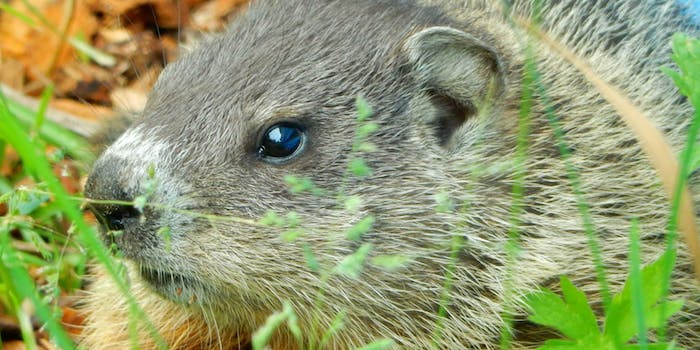 'My car was eaten by animals,' said the Speaker.

A family of woodchucks, or groundhogs if you prefer, moved into Speaker of the House Paul Ryan’s (R-Wisc.) car this winter, and chewed through the wiring, NPR reported yesterday.

Ryan was addressing the Economic Club of Washington D.C. when the subject of his security detail came up. As Speaker of the House, Ryan, who is stepping down from the position, mentioned that he hadn’t driven a car in three years.

“So I had an old Chevy Suburban,” Ryan told the audience, “which was made in Janesville [Janesville WI, where Ryan was born]. We used to make those. I kept it at my Mom’s house, but my mom’s a snowbird and she would go turn it on every month just to keep it going. She goes to Florida for the winter, she comes back, tries it, she says ‘Ah, it’s just dead you gotta tow this thing in’. So I towed it into the dealer. They put it up and they realized a family of woodchucks lived in the underbody of my Suburban, and they ate all the wiring out of it! So my car was eaten by animals.”

You can check out the anecdote at approximately 41 minutes into the video below.

The D.C. audience got a good laugh out of the story, but Twitter seems to be enjoying it on a whole different level.

But which animal ate his soul though?

Ryan said he plans to get a Ford F-150 to replace the Suburban, but his other plans are a bit vaguer. When asked if he was considering a presidential run in 2020, he said he had no such plans. “You never say never to such things,” he said at the time, “but I really, really do not have it in my mind.”

“I don’t know what I’m going to do next,” Ryan said at the end of the interview. “But it’s going to be something.”