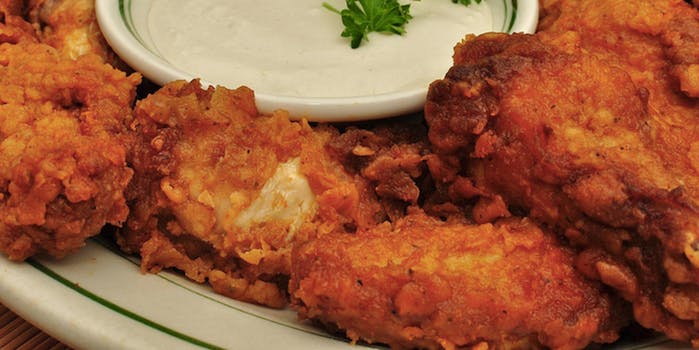 Remember when you ordered a Big Mac at McDonald’s and they gave you a Quarter Pounder? When you trudged through a snowstorm to Dunkin’ Donuts only for them to give you a plain donut instead of a glazed? When you were a kid and the ice cream place put hot fudge on your cone after you specifically asked for butterscotch? When you went to Popeyes got a leg and a wing even though you requested a leg and a thigh?

Well, every person who has ever been slighted in terms of fast-food gratification now has a patron saint for their cause.

How courageous of this woman not to accept the cards she was dealt and grub on boneless chicken. Of course, some people might not understand why it had to come to this—or why she didn’t just ask for a refund.

I know chicken wings are God's gift to us but do you really need to pull out a gun because you got boneless though? lol!!!

But yes: This is something that had to be done. I mean, maybe pulling out a gun was a bit excessive, but haven’t we all wanted to do that at least once in our lives when our orders were wrong?

The only crime committed here was messing up this lady's wings order. She reacted fairly and appropriately imo https://t.co/xnWgcxXPVM

THIS BONELESS "WINGS" LIE HAS GONE ON LONG ENOUGH, FINALLY ONE WOMAN WAS BRAVE ENOUGH TO STAND UP AND DO SOMETHING ABOUT IT

The only crime I see here was a woman being served boneless wings. https://t.co/phydtLwXFe

@FOX8NOLA I don't even need to hear both sides. She was right.