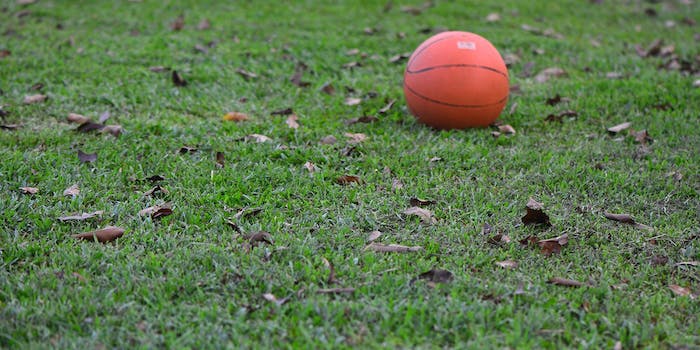 Where does the ball go?

This short video in which a basketball vanishes into thin air has been quietly baffling Vine users since 2013, but recently Tumblr found it, and it’s been chaos ever since.

Take a look at the basketball. Now you see it, now you… wha?

So where the heck does the ball go? Daily Dot graphic artist Jason Reed thinks the ball was knocked between the two players and promptly obscured by the guy in the yellow shirt:

As you can see from the video, the ball may have bounced behind the kid in the yellow shirt, who then obscures it with his body as they both move to the edge of the frame. His shadow also obscures the ball’s shadow, which is why you can’t track it that way.

If that’s what happened, it’s a pretty extraordinary set of random coincidences to be captured on film as a kind of moving optical illusion.

And if our other theory is correct, i.e. that aliens dropped from the sky and stole the ball for their own celestial game in between one frame and the next—well, that’s just another day on the Internet.