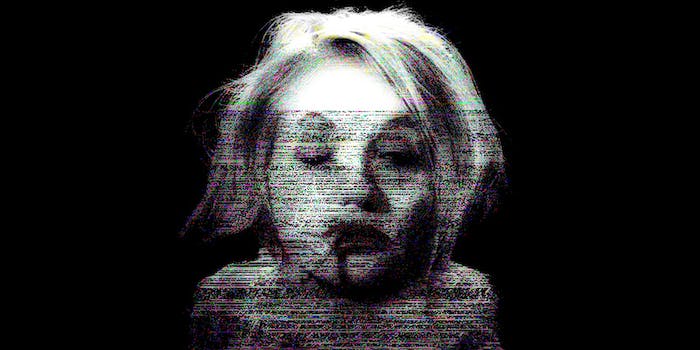 Where are the women on IMDb?

The women of IMDb are behind a paywall.

Some of the most famous film critics are men: Gene Siskel, Roger Ebert, David Edelstein, Vincent Canby, Philip French, Manny Farber, A.O. Scott, Anthony Lane, François Truffaut, Peter Travers, Stanley Kaufmann…the list goes on. The most accomplished, noted, and familiar faces in the world of film criticism are primarily male. When you shuffle open the pages of the newspaper (or log on to your favorite film site), it’s men who tell you about the latest and greatest in film, and it’s men shaping the cultural dialogue and discussion about film.

Meanwhile, female critics noted for their astute assessments of cinema are famous in their field, not in society in general, and while they’re celebrated for their work within the film community, outsiders haven’t heard of them. If you pick up a copy of the New York Times or the Los Angeles Times, The Hollywood Reporter, or Variety, you’re not going to find their work. Dilys Powell, for example, was a noted film critic in the U.K., but her name isn’t widely known today despite her huge contributions to the genre.

Janet Maslin, Manohla Dargis, and Pauline Kael are among the smattering of standout women in film criticism, women who fought for a place for themselves and established it in a male-dominated world. For women interested in becoming film critics and fascinated by the world of film criticism, these women are idols, heroes, and role models, proving that it is possible to become a film critic as a woman, although the voices of men will still be overwhelming your own.

But what about online, in the great, teeming democracy that is the Internet? The Internet Movie Database (IMDb) started as a tiny Usenet posting that grew into an empire. Today it’s among the 50 highest trafficked sites in the world, boasting millions of users. Almost 1.5 million of the personalities listed have Bacon Numbers (including Kevin Bacon, with a Bacon Number of 1). Anyone can sign up for an account on IMDb, and anyone can submit reviews and ratings to the site for any of the almost three million titles currently listed.

In such an environment, one would expect the gender gap to equalize. IMDb users of any gender can submit ratings; because they pick their own user names and determine whether they wish to display their gender, it could be (in theory) a highly ungendered environment. It could be a place where responses to film are mediated not through a lens of gender, but through a mutual love of film and film criticism, one where the voices of women wouldn’t be drowned out.

And yet there’s a huge gender disparity when it comes to who rates and reviews films on IMDb. The site’s Top 250 list includes a formidable array of films, overwhelmingly voted into the Top 250 by men. In some cases, men voted five or even ten times more than women, ensuring that the Top 250 would be dominated by their opinions on the greatest films of all time.

Working through the list reveals a repeated theme: Men are the bulk of raters on IMDb, and their ratings are the ones heard more loudly on the Top 250. The top ratings for women, meanwhile, diverge pretty significantly on many points. When it comes to constructing the Top 250, IMDb uses a weighted average, looking only at votes from “regular voters.” While “regular voter” isn’t clearly defined, given the men’s and women’s lists and the Top 250 as presented publicly, it’s clear that more men are participating as regular members of the IMDb community than women.

Films with a more equal distribution of votes, like The Notebook or Steel Magnolias, which is almost 1:1 (in fact, slightly more women voted than men) are nowhere to be seen on the Top 250. The film did make it into the Top 5,000, a list that is only viewable through IMDb Pro accounts. The women of IMDb, it would appear, are behind a paywall.

Thus, just as the offline conversation about film is primarily filtered through men’s voices and opinions, so, too, is the online one—even on a site that’s attempting to be democratic. IMDb considers professional reviews, Metacritic scores, and the opinions of its own users, but it can’t shake the male dominance from film criticism. There’s also no indicator that the site has pushed for a higher rate of engagement on the part of female users.

Researcher Karen Boyle examined the gendered culture at IMDb in the May 2014 issue of the journal Participations. Boyle argued, “IMDb is discursively constructed as a male space where male voices and systems of value dominate.” She specifically looked at the treatment of gendered comedies like Bridesmaids on the site, and she uncovered a culture where men were more likely to participate, and consequently, their voices were more heavily weighted.

Stephen Follows is also interested in the reviewing culture at IMDb. He evaluated the ratings on the top 100 highest grossing films of the last 20 years (yes, that’s 2,000 films to evaluate, and 174 million votes). He found that 80 percent of votes overall were cast by men. Furthermore, men aged 18-29 account for 43% of the overall vote on the films he looked at. Their female counterparts in that age demographic made up a mere 12 percent of the overall vote.

While both explorations don’t map perfectly with the Top 250, they do provide valuable insight. Two independent probes of IMDb’s gendered culture provided the same end result: Men are heavily weighting the ratings on IMDb, and that means that men are shaping the conversation about film online, with IMDb as one of the most venerable, respected, and referenced film databases in the world.

Film itself is a gendered industry: Many studios focus on making films for men in the belief that men are their audience, though actually women are the majority of filmgoers. While the statistical margin is small, 52 percent of women hit the movies, as compared to 48 percent of men—yet, Hollywood releases scores of action blockbusters, thrillers, and other films geared towards a male audience. (As though women can’t enjoy a good car chase, explosion, or Bond girl.) Meanwhile, films for and about women are sidelined as gendered nonentities; The Other Woman, Tammy, and other female-centric films are usually rom-coms, and they’re not marketed with universal appeal in mind.

Meanwhile, auteurs like Sofia Coppola, Debra Granik, Lone Scherfig, Claire Denis, Jane Campion, and Kathryn Bigelow are pushed to the margins. Notably, few women auteurs actually come from the United States, in a country where Hollywood culture forces women to fight unemployment, harsh criticism, and dismissals of their work. Sexism dominates in the U.S. film industry, creating a climate where film is by and for men. It wasn’t until 2010 that a woman received an Academy Award for her directing work, and even then, it was for The Hurt Locker, a film that fits into the masculine aesthetic promoted by Hollywood and the culture on sites like IMDb.

Women participating in film culture may feel put off by the sense that they are not viewed as the primary audience for a medium they love, and it translates into their level of participation. They may have fewer films they’re interested in rating in the first place, and they may find it harder to break into the boys’ club of film reviews and discussions.

The ability to engage on sites like IMDb is also hampered by the long tradition of telling women to keep their opinions to themselves. Women are socialized from a very young age to not participate in critical conversations, and to remain amenable and agreeable when they do. In online environments, they confront brutal harassment—take, for example, the campaign against video game critic Anita Sarkeesian, which included rape threats and even a game that allowed users to “beat up Anita Sarkeesian.”

This doesn’t exactly encourage women to speak up, even within the shelter of a gender-neutral username and icon allowing them to blend in with the crowd at IMDb. More to the point, women shouldn’t have to feel like they need to conceal their gender to be taken seriously as raters and reviewers—but it may be the only way they can stay safe.

When you’re taught that your opinion doesn’t matter and you see women being punished for offering their opinions, the takeaway is clear: Keep your head down and remain a passive user. Thus, the review culture at sites like IMDb becomes one of enforced narrowness, with men in charge of dictating the conversation about film, and this has an impact that stretches far beyond the boundaries of heated discussion threads about the latest from Lars von Trier.

It also reflects into professional criticism, where an acute gender disparity also rules, and where the conversation about the quality of film and how people should interact with film is mediated by men. And it spills over into Hollywood, where producers and studios receive very clear messaging about the kind of film that will be well-received, and the kind of movies that are likely to be high-grossing. Studios chasing box office dollars and awards play to their critics, and that pushes women (and women in film) even further to the margins.

Photo via Anton Leveau/Flickr (CC BY 2.0)