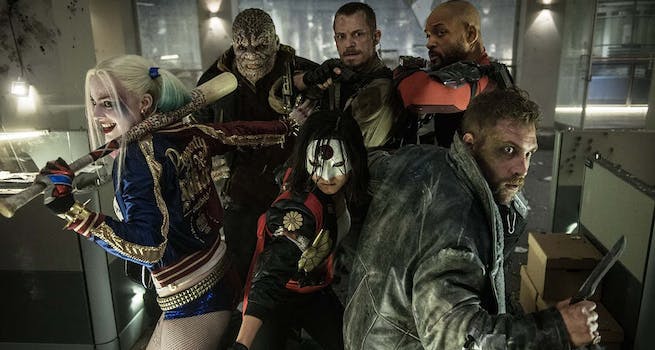 On Thursday, Missouri governor Jay Nixon vetoed legislation that would have drastically reduced the amount of welfare benefits allotted to low-income families in the state. Nixon called the bill “a misguided measure that punishes children.” Nixon’s veto follows weeks of Twitter users urging him to oppose the legislation.

Missouri Governor, please veto the repeal on prop b for pets welfare, etc. We the people are there voice, stand up and fight for them.

However, the state’s young people aren’t the only residents that would have been punished by the measure. A recent study released by the University of California at Berkeley revealed that “56 percent of federal and state dollars spent between 2009 and 2011 on welfare programs—including Medicaid, food stamps, and the Earned Income Tax Credit—flowed to working families and individuals with jobs.”

That the rallying cry of “Get a job!” is irrelevant to the majority of those receiving assistance is nothing short of significant for a nation that has, for decades, managed to construct welfare recipients as lazy, entitled “leeches.”  If you’re wondering what makes the idea of government assistance so repulsive to some, look no further.

What does it mean when government “handouts” are proven more utilized by people for whom the system is failing, rather than the other way around? What does this reveal to us about the face of poverty, the state of work, and the untenable nature of viewing welfare as something that is for “other people?”

I’ve lived below the poverty line at two different points in my life. Once was when I was a child in a rural town outside of Cleveland, Ohio. My mother became a single parent after my father was hit by a drunk driver in our front yard, leaving him comatose, and severely brain damaged. I was four years old at the time.

What does it mean when government “handouts” are proven more utilized by people for whom the system is failing, rather than the other way around?

Prior to the accident, my father had a decent paying job as a third-shift tool and dye operator, and my mother had been working as a waitress; we were working-class but making it. After the accident, a combination of Mom’s grief, my need for a caretaker, and her challenging path to sobriety left her temporarily unemployed.

But within a year of the accident, she was back at work at a cafeteria in a lighting manufacturing company. She made $5.50 an hour. A year after that, she picked up a second job delivering newspapers every morning. Her day started at 3:30am and ended at 6pm.

Mom was the definition of a “hard worker,” but the hard work of “unskilled” labor is not the kind of work that our economic system designs to be lucrative, and so, for a few years of my life, my meals were thanks, in part, to government assistance. For a while, Mom tried to hide this from me by putting something in the grocery cart that wasn’t on the list, so that when we were at the cash register she could ask me to go put it back while she handed the food stamps to the cashier.

But that trick only worked so long, and one day I saw what looked like Monopoly money come out of my mom’s wallet. I remember putting the pieces together and learning what it meant to feel shame.

The second time I lived below the poverty line was a few years ago while I was a doctoral candidate at a fairly prestigious research university in the Midwest. In addition to teaching classes to students who paid exorbitant tuition rates to be in the classroom, I spent my days reading, writing, and researching. I made about five times less than tenured faculty who often taught the same courses.

The hard work of “unskilled” labor is not the kind of work that our economic system designs to be lucrative.

The only reason I was not on any kind of welfare assistance—unlike many of my grad student colleagues, and unlike many of the adjunct faculty I worked alongside—is because I was fortunate enough to be sharing expenses with a partner who made a living wage.

My first stint living below the poverty line and being on welfare matched popular perceptions of what “kinds of people” exist on such margins. Mom and I had all the makings of “white trash”—our family friends were people who didn’t go to college and watched NASCAR. We shopped at thrift stores. We stole cable. We were what people expect of the poor: absent of refined taste, full of mistakes, and easy to dehumanize.

My second stint below the poverty line (and one that could have very easily landed me in another government-aided existence) does not fall so neatly in line with stereotypes of who comprises the population of people who fail to achieve the largely unattainable “American Dream.” I had, after all, done everything right. Given my shabby foundation, that I not only graduate high school, but also got a BA, an MA, and a PhD, would seem to suggest that I could be a poster girl for [the myth of] “bootstrapping.”

But in today’s world, my number of diplomas did not equate to financial stability, especially with the mound of debt I accumulated in the process. Like many working-class academics, I had no choice but to “pass” as someone who was too elite to be impoverished. And pass I did, with a few decent outfits and a hard-earned esoteric vocabulary.

The line between those who do and do not receive some type of welfare is not so black and white.

According to a 2013 study conducted by the Pew Research Center, the gap between the rich and poor is the widest on record. The median income of the nation’s highest earning families is seven times that of middle class families and an appalling 70 times that of lower-income families.

So it shouldn’t be surprising that the line between those who do and do not receive some type of welfare is not so black and white (literally or figuratively). A study conducted by the U.S. Department of Agriculture showed that the majority of food stamp recipients are white. And the aforementioned Berkeley study revealed that the top four professions that employ workers on government assistance are: fast food workers (52 percent), home care workers (48 percent), child-care workers (46 percent), and part-time college faculty (25 percent).

This is a far cry from the image of Ronald Reagan’s infamous “welfare queen,” a rhetorical tool that has aided in the construction and hatred of a disposable, poor Other. This ease at which this hatred took hold in society is inherently connected to the ways in which the stereotypes of people on welfare were not only racialized but also criminalized.

Where before the rise of Reaganism racists, fearful of criticism from those quarters that had been sensitized by the Civil Rights movement, were publicly criticized or self-censored their speech, after Reaganism forms of racialized discourses about crime and welfare became acceptable once more, particularly in the media. Television’s visual dimension and politicians’ more skillful use of this medium, enhanced these racialized discourses and contributed to enabling linkages between crime and blackness.

This legacy has lived on—just take a look at who fills the cells in our prison system—but the myth is increasingly harder and harder to perpetuate. If most welfare recipients are white, what happens to the welfare queen? If most welfare recipients have jobs, what happens to the argument that the poor are lazy or criminal? Slowly, these culturally reified discourses of the “Other” are being weakened through the begrudging realization that if the majority of the nation is struggling financially, it is the wealthy who are more “Other” than our neighbor on SNAP.

If most welfare recipients are white, what happens to the welfare queen?

The new faces of welfare challenges us to reconsider what we conceive of as valuable work. Why might we feel more comfortable with fast-food workers living in poverty than those workers who take care of our elderly or teach our college students? Perhaps this is an opportunity to shift from placing types of low-income jobs in a hierarchy and rather begin to view them as all belonging to a working-class that ought to be in solidarity to fight a system that enables their labor to make richer the one percent.

With data debunking our stereotypes of welfare recipients as jobless, lazy, and non-white, we are forced to confront that welfare is not something reserved for “other people.” Poverty still disproportionately impacts people of color, women, and those living with disabilities, but the inability to survive on the meager wages being thrown at us impacts a much wider pool. In a nation of millennials swimming in debt, baby boomers being laid off, and “ordinary” people doing everything “right” who just can’t find work, we as a nation should be hard-sells when it comes to dismantling the social safety net.

With the 2016 election around the corner, I am less interested in what the candidates say about welfare, and more what they say about minimum wage, student debt, and racism. Welfare is a symptom of a problem of the system, not the people who need assistance. And in today’s world, few of us are safe from the possibility of needing a little help.

Raechel Tiffe is a professor of communication studies, a yoga teacher, and a cat-mom. She writes, thinks, and educates about pop culture, social justice, and the intersections of gender, race, class, and sexuality. She loves vegan cookies and hates systems of oppression.