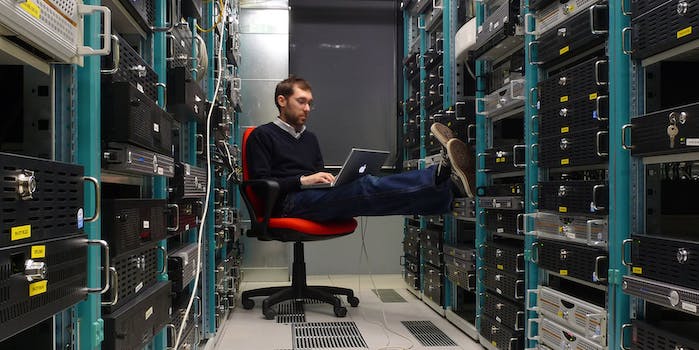 Rumors of the Internet’s death have been greatly exaggerated

The Web isn't dying—unless you want it to.

There’s a good chance you’ve heard the meme that the Web Is Dying—that is, the browser-led method of surfing the chaotic fields of the Internet is being overtaken by apps. It was a Wired cover story back in 2011 (“Long Live The Internet”) and has recently been revived by The Wall Street Journal’s Christopher Mims, who declared apps—and by extension, the growth of the mobile market—the murderer of the open Web. As Mims summarized on Twitter, “Tell me about the last time you used Google Maps’ mobile site over its app.”

That may well be the case, but if it is, the Web has only itself to blame for failing to adapt to a new Internet landscape. The devices we use are changing, and so is what we want from the Internet. That doesn’t mean it’s impossible to save the Web; we can, in fact, enjoy the best that mobile and the Web both have to offer. After all, Quartz points out that the amount of time spent online is growing overall, not just on mobile, and USA Today writes that the real shift is from the Web to gaming and messaging, not just from browsing to apps.

If stories out of Rails Rumble 2014 are to be believed, the Web (and its old guard) simply can’t adjust to a world in which the needs of Internet users would change so radically. Consultant and developer Jonathan Stark told the story of the hackathon meant to find new opportunities on the mobile Internet. While Stark and his partner took extra care to be sure their design worked well across all devices, judges didn’t even consider it a necessity.

“Only one of the top ten winning entries was even a little bit mobile friendly,” Stark writes. “90 percent of the entries were virtually unusable on even the most modern smartphone. My reaction to this ranged from shock to frustration to sadness.”

While Rails Rumble isn’t the sort of massive tech event that can decide the future of the industry—winners get a commemorative championship belt and a collection of gift cards—this “mobile last” ideology is evidently rampant within the Web design community, where many are being forced to play catch-up with a push toward mobile that is arguably a decade old. Those accustomed to the days of the early Web are caught in a riptide they weren’t prepared for, and they’re stuck on the desktop mode of computing, with developers like Stark, who focus on “responsive Web design,” finding themselves a minority.

Consequently, users are trapped between two options, rather than having integrated choices across multiple devices. Well-designed sites that integrate seamlessly into both mobile and desktop versions along with other devices straddle that divide, creating an incentive for users to stay on the Web, and they are the future of possibilities for kicking back against the “Web is dead” meme. The question is less about whether the Web is dying, and more about how it can evolve to take advantage of, and expand through, the mobile market; because smartphones still have browsers, and users can still be enticed to use a traditional Web-based system if it’s navigable on their devices.

Why would developers ignore the massive, undeniable trend toward mobile computing? Writing for Design Shack, Joshua Johnson gives a few suggestions. “Right away I’m faced with a smaller screen, fewer resources, and a bunch more headaches,” Johnson writes, emphasizing his own lack of experience with mobile design versus desktop design. “I’ve spent most of my Web design career in the desktop space, building experiences around mouse hovers and clicks, not finger taps.” Developing websites that perform well in common browsers is in itself challenging, especially across browser versions. Adding mobile optimization to that, across a multitude of mobile browsers, systems, and devices, is a unique nightmare.

And herein is the divide that stands to kill the Web. App development is often seen as a trendier, more profitable career path for young developers. What’s left for plain ol’ Web development is an older generation raised on creating content for desktops, not smartphones, with few new developers interested in delving into the complexities of traditional Web design. Cursory design for older designers will inherently focus on how a site is used and perceived through a giant monitor with a mouse and keyboard, not a touchscreen. In contrast, app development will always take a mobile-first approach, thereby leading mobile-savvy users to apps over clunky Web designs that don’t function well on their phones.

Ben Thompson, a major consultant for WordPress, hinted at this crisis in a recent blog post. “Our focus is on enabling and empowering individuals to create new content that is at home in the mobile browser,” Thompson wries. “Now that a computer is with us in so many more places, we need that flexibility more than ever.” WordPress is one of the few firms focusing on both mobile-optimized sites and a strong, core Web presence to meet the needs of users across the Web and mobile landscape; it represents the possible future of resolving the tensions between the still very useful and important Web versus the growing mobile market.

Of course, this opens a chicken-and-egg argument: Is bad Web design pushing people away or are apps pulling people in? The likely truth is both scenarios are converging, which is bad news for The-Web-Is-Not-Dead crowd. Unless such mobile-first design becomes doctrine in Web design—and all indicators point toward that future—then an app takeover could not just be imminent, but caused by the Web’s developers and arbiters themselves. Conversely, Web designers who confront and engage with mobile design could revitalize the Web and create a richer experience for users at all points of the spectrum.

The future of Web design may lie in expanding the definition of the “Web,” pushing developers and users alike to adapt to a larger landscape, rather than pushing themselves into a narrower one.

The Web is dead. Long live the Web.