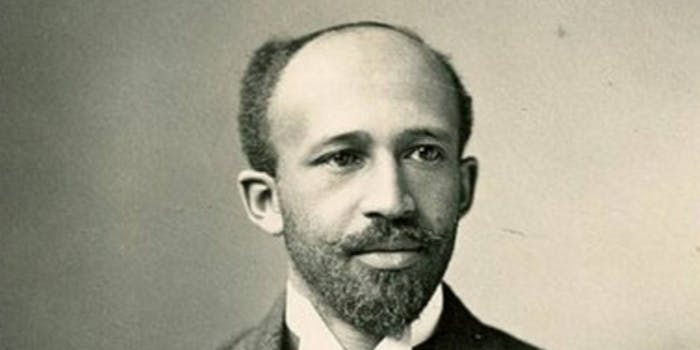 Photo via Dept. of Education/Twitter

The Department of Education should have googled his name.

In the last few weeks, the Trump administration hasn’t instilled much confidence in its knowledge of Black History Month.

After seeming to imply abolitionist hero Frederick Douglass was still alive earlier this month, the administration’s struggle in smoothly recognizing the contributions of African-Americans continued Sunday, with an embarrassing flub on the part of the Department of Education’s Twitter account.

On Sunday morning, the department’s account tweeted out the W.E.B. Du Bois quote “Education must not simply teach work—it must teach life.” But it botched the spelling of the name of the historian and civil rights activist, both replacing the “u” with an “e” and mashing the two distinct parts of his last name together with no space in between. 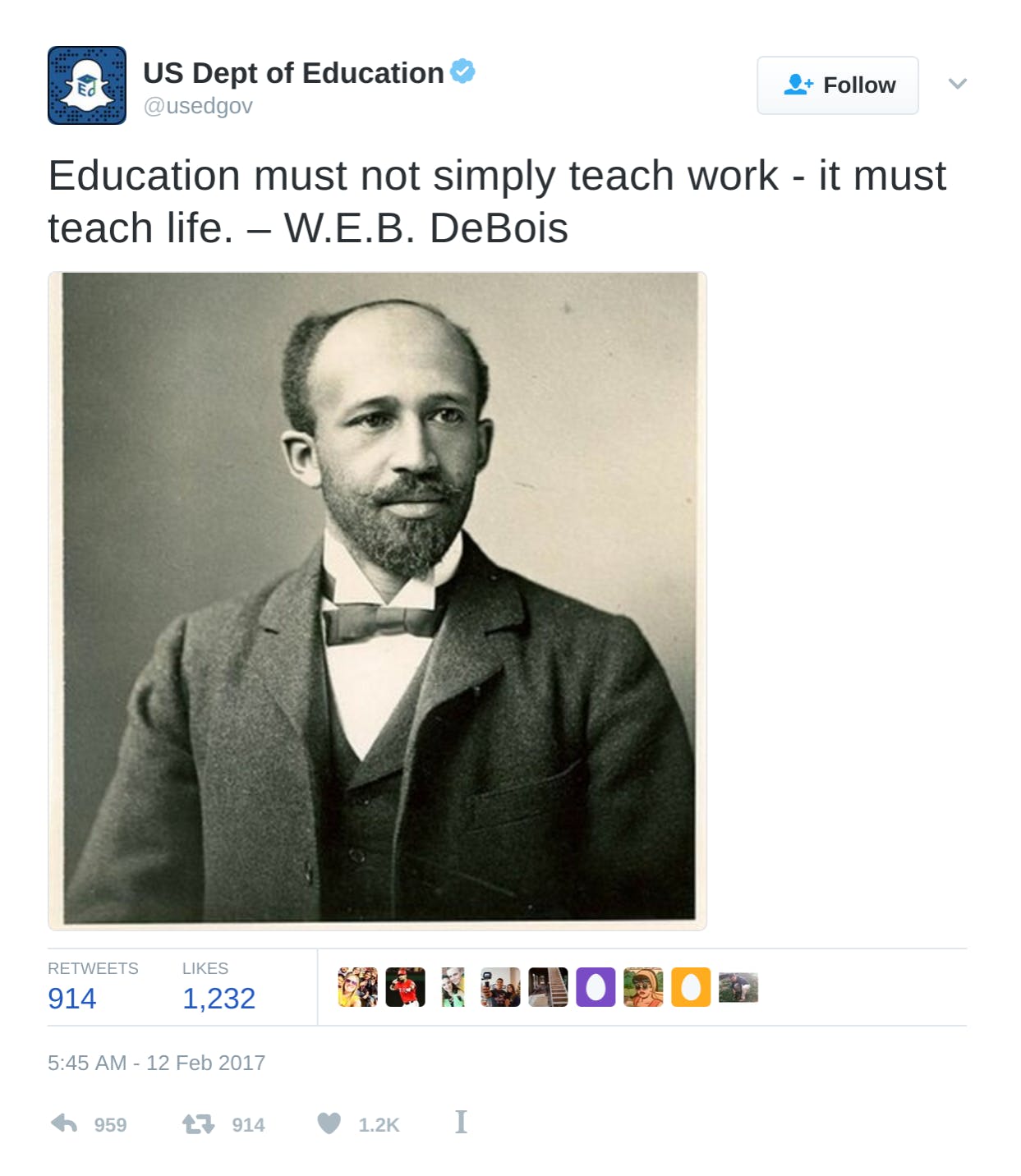 It’s not a great start for the freshly-confirmed Education Secretary Betsy DeVos. And if there’s anything that a social media manager working for the U.S. Education Department needs to keep in mind, it’s keeping a queue full of clean, properly spelled, historically accurate tweets ready, lest a mistake spark widespread mockery on social media.

It hasn’t gone overlooked that this basic mistake came hot on the heels of DeVos controversially being approved for her new job.

#alternatefacts DeBois was his actual name; Liberal history books and the media have been wrong for years!

Mark this one down as just one more own-goal from the new administration. Let this be a lesson to anybody handling social media in an official capacity, too—no matter how sure one feels about knowing a name, it’s always worth giving a double-check.

Update 11:45am CT: More than two hours after the initial tweet, the Education Department realized its mistake and sent an apology. That tweet also had a typo in it.

What's the word for a typo when you make the typo while announcing the correction of another typo? pic.twitter.com/bdlu1uQmrd

After that apology typo was deleted, the Education Department finally got it right.

Post updated – our deepest apologies for the earlier typo.