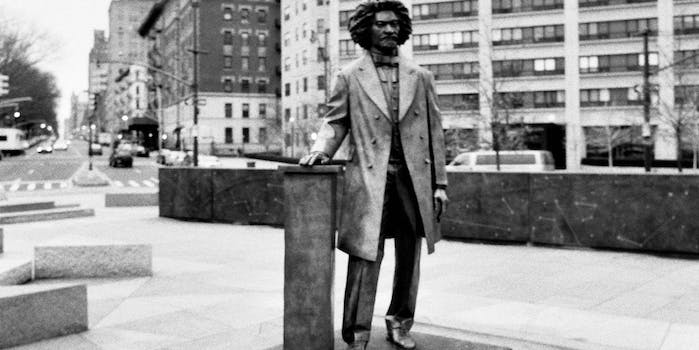 This is not how you talk about someone you're aware of.

It’s Black History Month, so it’s time for a history quiz. Is Frederick Douglass, the author and abolitionist who was born a slave in 1818, currently alive? Seems easy enough, however, our current president may have just gotten that one wrong.

In his speech about Black History Month, President Donald Trump referred to Douglass as “an example of somebody who’s done an amazing job and is being recognized more and more, I notice.” Which is not how you talk about somebody who is dead, or really, someone you know much about. It seems like Press Secretary Sean Spicer failed the quiz too, because when asked about Trump’s confusing comments, he said, “I think the contributions of Frederick Douglass will become more and more.”

To continue the history lesson, Douglass escaped slavery in 1838 by boarding a train north with false identity papers. He published an autobiography in 1845, and advocated for abolition, school desegregation, women’s suffrage, and equality for all. He was one of the most influential people of the 19th century.

Trump is honoring Black History Month about as well as he did the Holocaust.