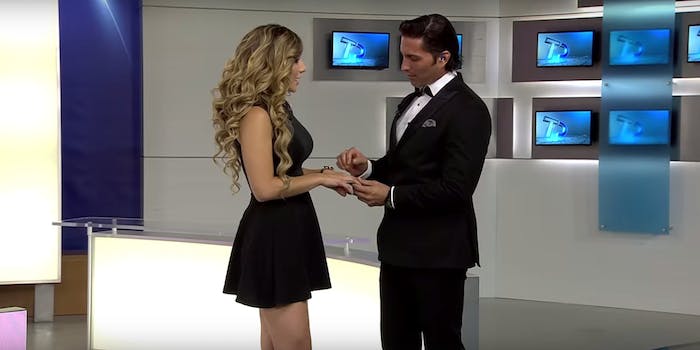 Weather woman’s boyfriend proposes to her during her live report

It was the proposal seen around the country.

We’ve seen our fair share of romantic proposal videos, but few of them take place in a TV news studio.

Mexican weather woman Marcela Mistral was in the middle of a typical weather report when she was interrupted by a surprise visitor: her boyfriend. The man showed up in a tuxedo to perform a nerve-wracking marriage proposal in front of the cameras, and she—of course— accepted.

Not everyone gets to have their marriage proposal captured on camera while sporting immaculate TV-friendly hair and makeup. No wonder he felt the need to show up in full formalwear.