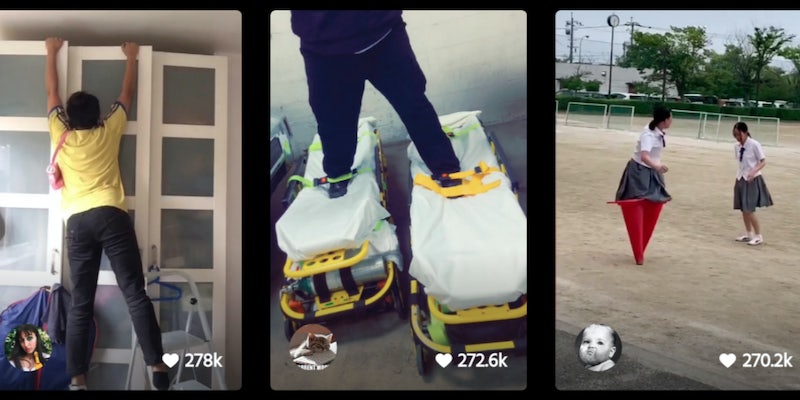 Iggy Azalea’s “Work” has become the soundtrack for a TikTok challenge that helps you get your steps in.

The Walk a Mile challenge employs the opening lines of the 2013 single—”Walk a mile in these Louboutins/But they don’t wear these shits where I’m from”—for a DIY fashion show involving improvised footwear.

There’s a bit of the Fake Clout challenge here, with users taking everyday items and fashioning Fauxboutins made with Q-tips, trash cans, or oven mitts. Know Your Meme points to a June video, in which user @Aziza hangs on to the side of their closet while trying to walk on poles, as one of its origins.

Several users go the more literal route and make their own heels.

But teens are resourceful, and fashion can be anything. Juulboutins are perfectly functional for summer.

Some people are really putting in the work.

And some people probably came really close to hurting themselves for fashion.