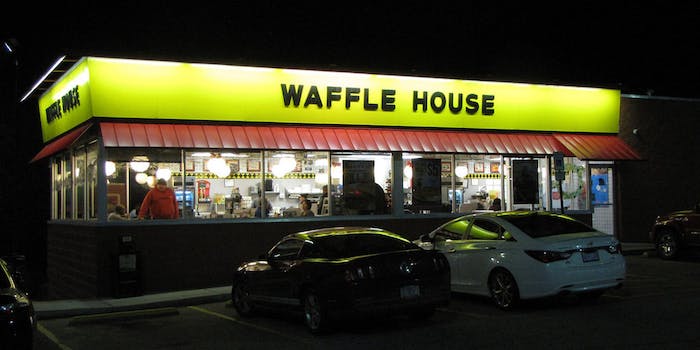 Customers have reported finding hair in their food.

Two Waffle House employees found themselves in a hairy situation after being caught on camera doing something that’s straight-up unbeweaveable until you see it yourself.

Customers at the chain’s Forrest City, Arkansas, location found hair in their food while eating at the restaurant on Friday. Antonio Robinson and his friend saw employees styling their hair using equipment in the kitchen and even filmed one employee dipping her locks in a pot and then drying them on a towel with the help of a coworker.

The styling duo were reportedly fired, and the restaurant has passed an inspection since the hair fiasco. It’s unclear whether or not the former employees have now sought employment at the local hair salon.