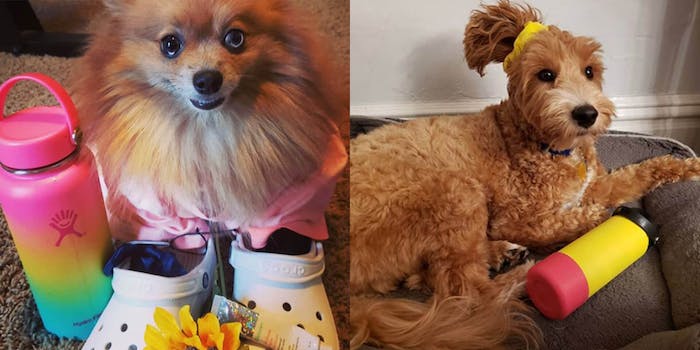 VSCO dogs are here, and they’re just barely putting up with it

We've reached the scrunchies-on-dogs part of the VSCO girl trend.

The VSCO Girl trend dominated summer 2019, but just when it seems like it might be drifting off like Mario Badescu facial spray in the wind, the VSCO dog has arrived.

Know Your Meme pinpoints a TikTok video from August as one of the first instances of this cross-species evolution. It shows a fluffy Maltipoo named Lola enduring scrunchies and puka shell necklaces as her owner sings a song about VSCO girls.

That led to a new subgenre, the VSCO dog transformation video.

Many of the dogs in these videos appear genuinely confused, as they likely don’t have a full grasp of the VSCO girl aesthetic. They’re dogs, so they put up with it, but could this sweetie ever imagine it would have to wear Birkenstocks? It knows something is off.