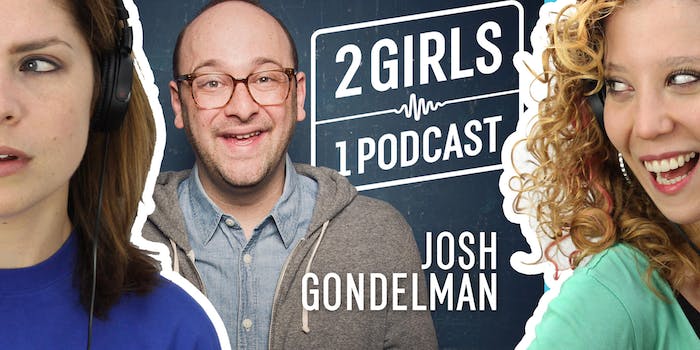 How standup comedy is adapting to a world in isolation

There’s a lot to laugh at on the internet, but standup comedy—a distinctly in-person art form––is facing challenges in a time of self-isolation.

“Virtual” comedy clubs, powered by Zoom, Twitch, and YouTube, are increasingly popping up in quarantine. But as expected, the tight five that kills on stage may need adjustments for an audience that can only laugh in emojis.

This week on 2 GIRLS 1 PODCAST, Alli and Jen talk to standup comedian and writer/producer Josh Gondelman about how the standup world is adapting to the internet, what makes a set work online, and the difference between IRL and virtual heckling.

In addition to performing (IRL and virtually) and writing for Showtime’s Desus & Mero, Gondelman has launched a hilarious new podcast called Make My Day, a game show where fellow comedians score completely meaningless points if they can cheer him up.