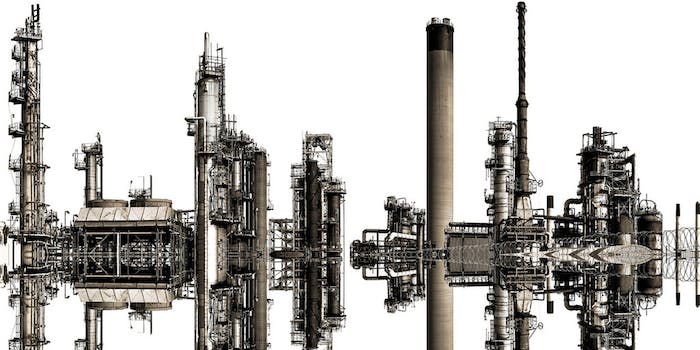 Why the U.S. is one of the world’s worst places to work

Is there a growing #classwar in America?

We murmur of #classwar in the dark in America—the land of the free and the home of the brave, unless you’re a worker. From women raped in the strawberry fields to housekeepers fired for union organizing to pregnant women discriminated against on the job to the exploitation of digital workers, the workplace landscape in the U.S. is, in many ways, as brutal and violent as it was 100 years ago. Nearly 130 years have passed since the Haymarket affair, but the labor issues that built to a head in this infamous riot are still present in the American landscape—and so are the violent government tactics for dealing with them, as evidenced when police gas protesters, file rubber and wooden bullets at them, or turn hoses on them.

Thus, it comes as no surprise to learn that the International Trade Union Confederation (ITUC) rated the United States as among the worst places in the world to work. Their research shows the US has “reported systematic violations.” The ITUC report states, “The government and/or companies are engaged in serious efforts to crush the collective voice of workers putting fundamental rights under continuous threat.”

The only worse ratings are a 5 (“no guarantee of rights”) and a 5+ (“no guarantee of rights due to the breakdown of the rule of law ”).  For the U.S., in other words, things are fucked up and bullshit, as an Occupy Wall Street protester once famously noted on a sign that later became its own hashtag: #sifuabs. A far cry from the rosy economic picture painted by corporations and politicians in America, where people work harder hours for less money than almost anywhere else in the world.

ITUC researchers evaluated 139 countries, using 97 worker’s rights indicators. The higher the score, the worse the situation for workers––and the US did not perform well on a combination of survey data, legal analysis, and reports from Global Union Federations. The U.S. permits anti-union discrimination, restricts collective bargaining rights, limits the right to strike, makes it difficult to file labor grievances, and among other sins.

For readers of pro-worker, pro-labor, pro-union publications like In These Times, Socialist Worker, and Labor Notes, or followers of Twitter’s highly active #classwar hashtag, this news comes as no surprise. Worker abuse in the U.S. isn’t just limited to restrictions on participation in labor unions and the right to organize, as groups like the Coalition of Immokalee Workers have been pointing out for decades. The problem is a systematic breakdown of the U.S. economy, made worse by an age of austerity, that contributes to an utter devaluation of the workers upon whom the country is built.

With over a hundred years of labor activism under its belt and promises that the tech revolution would bring change to the industry, why haven’t conditions in the U.S. improved for workers? The same issues that had workers taking to the streets post-Triangle and post-Haymarket are still prevalent today, and no less pressing than they were before. Moreover, society seems to be at war with unions and labor organizing, thanks to a systemic and coordinated PR attack from the right that has positioned unions as the enemy.

The ITUC study highlights not only that the U.S. is a terrible place for workers, but that U.S. culture is one of terrible intolerance for workers––something that might seem like a slight distinction, but one that’s actually critically important. In other nations scoring 4 and 5 under their metric, governmental and corporate oppression may be effectively crushing workers, but only in the U.S. are workers framed as the enemy by their own countrymen for demanding fair treatment, safe working conditions, and reasonable pay.

This is an outgrowth not just of austerity but specifically of the politics of scarcity in the United States, which frame everything as an either/or proposition, in which one person’s win is another person’s loss: If workers are making more money, someone must be losing out. Corporations push the idea that the loss will be borne by consumers (e.g. it’s impossible to raise minimum wage without passing on costs, high minimum wage will result in increased unemployment) in order to evade the truth: They’re the ones who will have to take on those costs, cutting into their bottom line by treating workers fairly. Only in the U.S. are corporations allowed to value profits to such a high degree that people always come last.

It’s also an outgrowth of a much older belief, one that predates even the industrial revolution: bootstrapping. This is a nation built on ideologies of expansion, and the idea that anyone can create opportunities––but it’s also one built on slavery and the fact that such opportunities were only available to a limited number of people. Since its birth, the United States has been lying to itself about work, workers, and the value of labor, and this study underscores what nearly 250 years of false ideology hath wrought.

With every growth and shift in the U.S. economy comes new ways to exploit workers and new ways to perpetuate myths like the manifest destiny of the modern era. And with every shift in the U.S. economy comes a bubble that ultimately skewers workers, but not before they’re systematically deprived of rights. The housing bubble, the first tech bubble, the savings and loan bubble––these were functions of a society where profits are king and workers come second.

Until bootstrapping can be dismantled, kicking out this fundamental building block of American ideology and the mythical “American dream,” studies like this are going to keep turning up the same results. If you want to understand the oppression of workers in the U.S., look not to the workers themselves, but to the stratified class system that no one will speak of, even as it dominates every aspect of U.S. society.