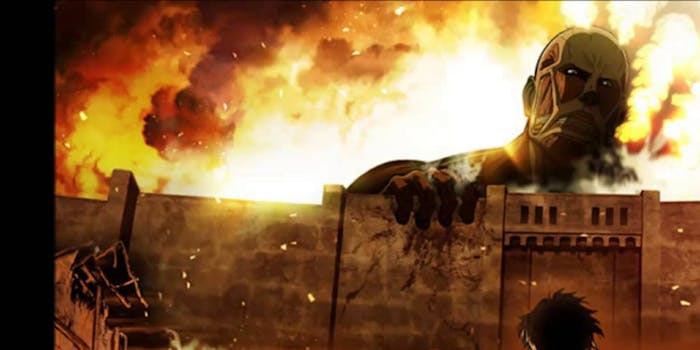 It’s terrible for businesses and even worse for consumers.

Since early 2012, the mobile company Uber—a ridesharing app that helps consumers request cabs and other transportation services with their smartphones—has employed a form of price gouging known as “surge pricing.” The controversial and often costly practice uses an algorithm to increase the price of service during peak hours—when there’s high demand and low supply. Because Uber’s software allows the company to keep track of how many drivers are on the road (compared to how many potential customers are in need of its services), the company can automatically jack up or reduce fare rates.

While Uber’s practices have generated bad buzz for the company, that isn’t stopping others from dipping their toes in the water. Disney plans on surveying guests to determine how they would react to various price fluctuations at its theme parks, with the goal being to determine whether the company would profit by increasing prices during high-traffic holidays like Memorial Day or the Fourth of July. In addition, the table management company OpenTable has found that certain diners would be willing to pay top dollar to guarantee reservations at fancy restaurants during the dinner hour rush. Table8 has followed suit, as has another app for hailing transportation, Lyft.

But there’s a problem with surge pricing becoming the new normal in American businesses—it’s terrible for companies and even worse for consumers.

If this sounds like an invitation for exploitation, that’s because it is. During a hostage crisis in Sydney, Australia last December, Uber decided to jack up its prices—while civilians were fleeing for their lives. The company even tweeted, “We are all concerned with events in CBD. Fares have increased to encourage more drivers to come online & pick up passengers in the area.” Although the company later apologized and offered refunds to those who had paid more than $100 to escape from the crazed gunman, the company hasn’t abandoned the practice altogether.

Indeed, Uber staunchly defends surge pricing as being in the best interest of their customers. “The bottom line is that the only real alternative to dynamic pricing is a ton of customers staring at screens that read ‘No Cars Available,’” wrote Uber board member Bill Gurley in a blog post.

If this sounds like an invitation for exploitation, that’s because it is.

Gurley repeated the earlier stated myth that by raising prices during times of low demand, Uber incentivizes drivers to hit the road and, thus, increases customers’ chances of being picked up. He argued, “The idea that Uber could make its network available in a normal state and at a normal price while demand is increasing and supply is shrinking is quite simply unfeasible.”

Yet as journalism professor Nicholas Diakopoulos explained in the Washington Post, an analysis of Uber’s publicly available data in the Washington, D.C. area reveals that surge pricing actually redistributed drivers who were already on the road rather than encouraging new ones to hit the pavement.

“It appears that rather than getting more drivers on the road in the short-term, Uber’s surge pricing instead depletes drivers in adjacent areas,” Diakopoulos observed. “A price hike in one area means drivers move there, but away from another, leaving it underserved. If someone in the newly underserved area now needs a car they wait longer, or perhaps a surge price has to come into effect to get a car over there. At the end of the day, the Uber system appears to be more about re-allocation of existing supply.”

In contrast, there are ways to potentially incentivize drivers to appear on the road that don’t involve surge pricing. When Gett launched in New York City, it promised customers that it would never use surge pricing. Although the company does pay its drivers more during busy times, it takes the money out of its own cut and instead aims to make up the difference by acquiring more business due to its lower rates. CEO Shahar Waiser said, “On some rides we lose and on some rides we win, but we always keep commitments to both sides.”

But the fact that there hasn’t been more opposition to the practice—and companies like Gett willing to stand a stand against it—proves that we are too often willing to accept predatory pricing as a negative externality of the so-called “free market.” After all, as Uber CEO Travis Kalanick pointed out, airlines have been employing surge pricing for years. In response to a Valleywag article critical of the company’s practices, Kalanick tweeted:

And there’s a reason that surge pricing remains incredibly common—it continues to have staunch defenders. Even outside the Uber ranks, there are plenty of economists and pundits willing to defend it. As Professor Peter Fader of the University of Pennsylvania’s Wharton School of Business put it, surge pricing is “a good thing in most circumstances” for pretty much no other reason than “it is a more natural way for markets to operate.” Although the evidence doesn’t point to the practice’s effectiveness, Fader’s comments show the enormous complacency around the issue. Because that’s the way things are, the logic goes, that’s the way they should stay.

During a hostage crisis in Sydney last December, Uber decided to jack up its prices—while civilians were fleeing for their lives.

But despite the enormous power held by corporations like Uber, consumers can still have the final say. If riders want to put the kibosh on surge pricing, they should simply refuse to patronize companies that use it.

Many business leaders agree. “At the moment, price surging just seems to drive your customers to the competition,” argued Zel Bianco, the CEO of Interactive Edge in a discussion on RetailWire. Camille P. Schuster, the president of Global Collaborations, Inc., concurred with his assessment: “While surge pricing has the opportunity of generating more margin, it also has the opportunity of decreasing demand as consumers walk away when they are unwilling to pay the higher price. If consumers walk away from your company to a competitor they may not come back to you.”

So if you want to reward companies for gouging their customers, feel free to keep paying 1.5x for your Uber during peak hours. But as you’re about to hit that “Request” button, don’t let the company fool you into thinking this is the way things have to be. It might be common, but surge pricing is anything but normal.