It’s only natural that the hashtags #NeverForget, #Remember911, and #september11 would be trending on Twitter today, but an irritating coincidence seems to be melting the brains of a significant portion of the network’s user base: You see, it’s not just 9/11—it’s also hump day.

But can one 24-hour period encompass both the anniversary of a horrific day in American history and an important midweek milestone on our way to the weekend’s many pleasures? Not according to the Internet, I guess: 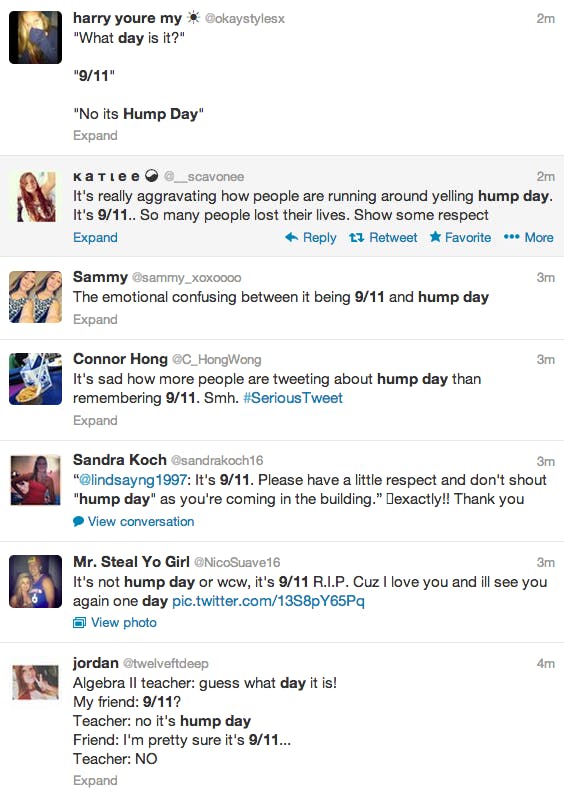 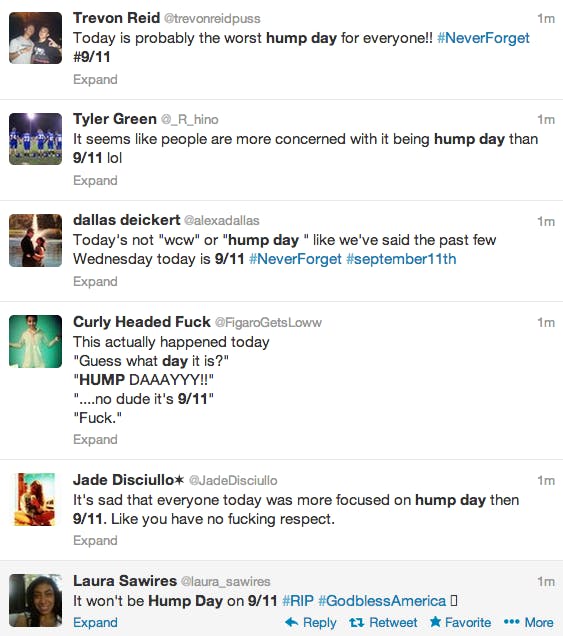 Not even the Geico camel is getting away with this: 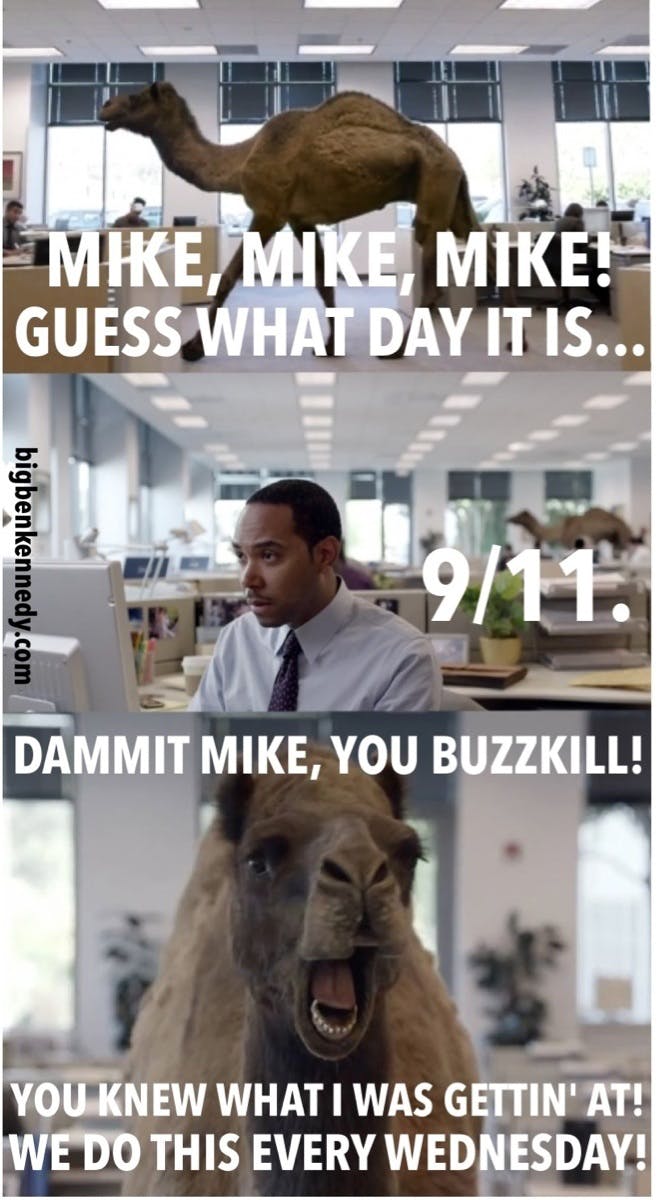 One wonders, though, if these people are really concerned for the solemnity of the occasion or just taking this opportunity to condemn the phrase “hump day” altogether, which really stands as the last bastion of hopeless office small-talk. Seriously, I’d rather start hearing people say “TGIF” again than be reminded that there are two full work days between me and freedom.

Oh, and by the way—hump day isn’t the only thing preempted by 9/11. Today is also decidedly not “Woman Crush Wednesday,” during which Twitter, Tumblr, and Instagram users post photos of females they admire and/or pine after. So just forget it. 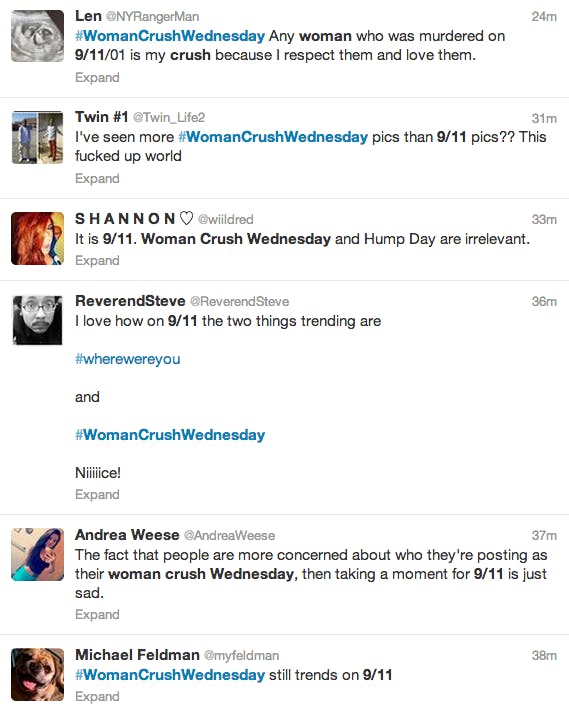 Got all that? It’s 9/11, not hump day, and certainly not Woman Crush Wednesday.