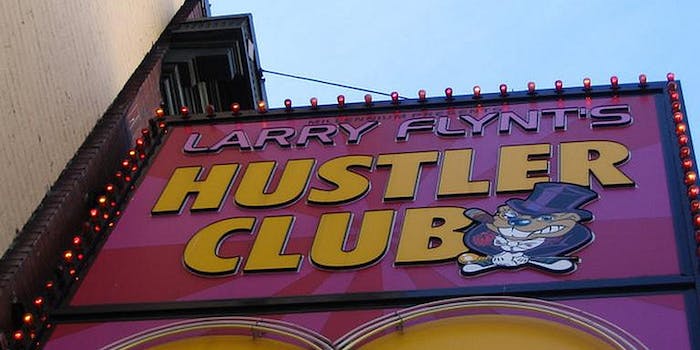 Always a brand on the cutting edge, the Larry Flynt’s Hustler Club in San Francisco is currently in the midst of a noon-to-6pm party called #Tatas4Twtr, a simultaneous celebration of the alluring female form and Twitter’s successful IPO. Also, there are $1 wings. And did we mention that every Twitter employee gets in for free, with complimentary cocktails? Talk about job perks.

Some Hustler employees even swung by Twitter’s nearby headquarters to drum up publicity. Nothing says fiscal stability like strippers!

Apparently it’s been a raging success so far, even though the promotional materials mixed up the date a bit and the T-shirts were a little last-minute. 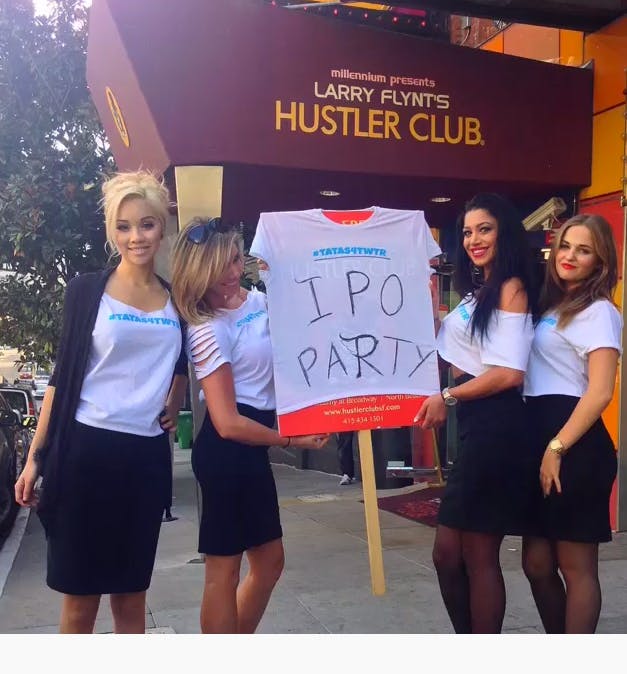 No images from inside the event have surfaced so far—the Hustler Club’s Twitter, Facebook, and Instagram accounts only offer stock photos of cleavage, for the most part. So if you’re at this party right now, let us know! We’re dying to hear if those wings are any good.