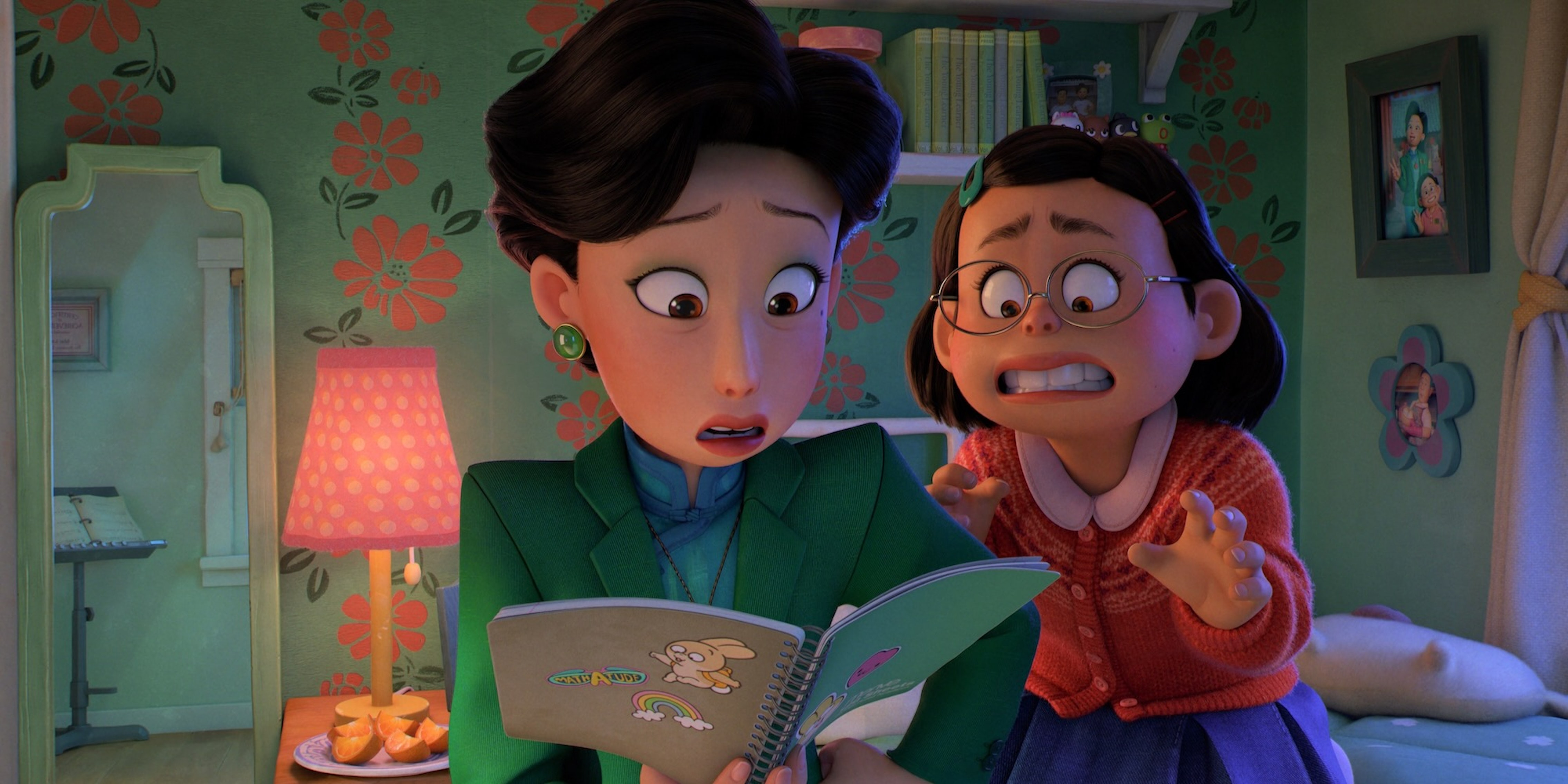 ‘Turning Red’ review ripped for dismissing it as unrelatable

The review has since been taken down.

The reviews for Turning Red, Pixar’s latest endeavor, are in, and it’s garnering plenty of praise from critics. But one review is being dragged online for dismissing Turning Red as a universal story because of its specificities.

Turning Red follows Meilin “Mei” Lee (Rosalie Chiang), a 13-year-old Chinese-Canadian girl who hits puberty and gains the ability to turn into a giant red panda whenever she loses control of her emotions. It’s a coming-of-age story that zeroes in on the choice between following what her mother (Sandra Oh) expects or being her own person. But in a now-deleted tweet from Cinemablend managing director Sean O’Connell, he alludes to some Pixar movies being universal while defining Turning Red as being a movie with a “specific, and very narrow” audience.

“Some Pixar films are made for a universal audience,” O’Connell tweeted. “The target audience for this one feels very specific, and very narrow. If you are in it, this might work well for you. I am not in it. This was exhausting.”

O’Connell’s two-and-a-half star review (which has since been taken down but is archived online) further expands on what he meant when he mentions universal Pixar movies by pointing to Toy Story and Monsters, Inc. In the same vein, he notes that more recent Pixar movies such as Onward (about two brothers who use magic to bring back their dead dad to spend one more day with him), Luca (a coming-of-age story set in Italy), and Turning Red (a coming-of-age story centered around a Chinese-Canadian girl) may be personal but are less universal. Among those specifics, the review highlights the film’s setting of Toronto, centering a story around teen girls and puberty, and putting the story in Toronto’s Chinese-Canadian community, as limiting. He also points to The Mitchells vs. The Machines as a film with a female protagonist with a life change that was more successful because it “also remembered that a broader audience will be checking the film out, so it bothered to include plot elements everyone could find engaging.”

Both the tweet and snippets of the review have circulated online. The issue with the review isn’t that you can’t write a negative review of a Pixar movie or not like a movie that might not be meant for you. It’s the apparent dismissal of Turning Red as a universal movie because it’s centered around a Chinese-Canadian teenage girl instead of the default of a white male protagonist and refusing to engage with how the film executed its premise and those specificities.

Some even used O’Connell’s framing to point out how silly it is to suggest that a film is only enjoyable if you fit into a certain box (particularly other Pixar films with fantastical premises) to illustrate that point. For example, we don’t have to be actual merpeople to relate to something like The Little Mermaid.

As director Domee Shi has said in interviews, Turning Red is a personal story for her; she sees herself in Mei and brought aspects of her own life (including some of her friends and even parts of her mother) into the story. But as the best movies illustrate, just because a movie might be specific—in its setting, its characters, even its story—doesn’t mean that it also can’t be universal. Turning Red is part of a recent trend of Pixar movies that allow for more inclusive stories to be told, but it was also a long-time coming. According to a recent New York Times profile of Shi, until Turning Red, the vast majority of Pixar films were about male characters, written by men, or directed by men, and Shi is the first woman to direct a film by herself at Pixar.

O’Connell eventually walked back both the tweet and the review and apologized.

“I’m genuinely sorry for my Turning Red review,” O’Connell tweeted. “Thank you to everyone who has reached out with criticism, no matter how harsh. It is clear that I didn’t engage nearly enough with the movie, nor did I explain my point of view well, at all. I really appreciate your feedback.”