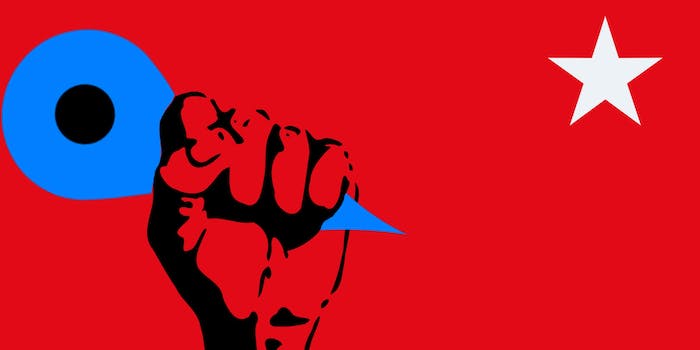 Turkish protesters use Google Maps to keep tabs on police

The map, created Saturday, is constantly being updated with new details about protests near Istanbul’s Taksim Square.

While thousands of Turkish protesters continue to demonstrate in the streets against prime minister Recep Tayyip Erdoğan, netizens are using a detailed Google Maps document with the location of police barricades and volunteer doctors.

The map, created Saturday, is constantly being updated with new details about protests near Istanbul’s Taksim Square, close to the public park that’s being turned into a military barracks and shopping center. The map has already been viewed more than 24,000 times.

What began as peaceful protests six days ago quickly turned violent after police began using tear gas to quell the anti-government demonstrations. Retaliation against Erdoğan has focused on his increasingly restrictive attitude toward social issues, including the restriction of birth control and alcohol sales and, perhaps most importantly, the disappearing green space in Turkey’s largest city.

In 2011 Turkish protesters used Google Maps to stage a “virtual protest walk.” The protest, which was in response to Turkey’s web censorship, encouraged people to place themselves on a Google map of Istanbul’s Taksim Square, ReadWriteWeb reported.

So far about 2,000 people have been detained and more than 1,000 have been injured in the latest protest.