It’s important to allow this Craigslist ad to sink in. It’s a funny picture, but it says a lot. Is the ad really for truck, or for the weed?

If it’s the former… why did they pick this photo for their listing? 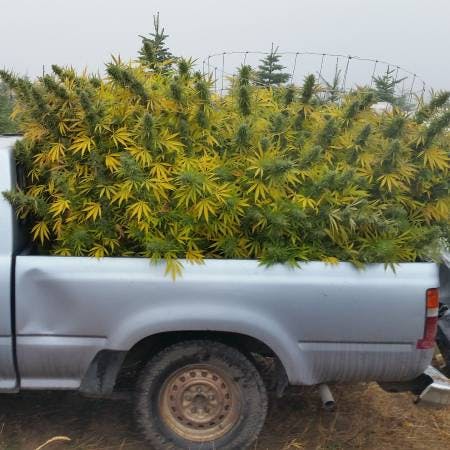 Because it’s Washington—that’s why. Compared to Colorado’s smooth path to legalizing recreational marijuana, Washington hit a few bumps in the road, as explained by Vox’s German Lopez:

The big difference between both states: Colorado built a regulatory framework for medical marijuana years ago, while Washington’s medical marijuana system is largely unregulated and may be, according to recent court cases, illegal.

The set-up gave Colorado regulators a huge advantage. When voters approved fully legal marijuana in 2012, state regulators took the medical system and updated it to meet the retail market’s own needs. Almost everything in the medical system, from growing to selling, could transition to the recreational side with the proper approvals.

Washington, in contrast, built its regulations from the ground-up. As unexpected complications surfaced, the state’s Liquor Control Board delayed issuing licenses for marijuana growers and processors twice and punted the launch of retail businesses from this spring to July. Even after the long process, the medical side remains unregulated and completely separate from the system for personal use.

The picture above paints a very different story: Maybe the real problem was that nobody really gave a shit if marijuana were legalized.

In fact, we cannot confirm whether that photograph is evidence of a crime. Unless the truck owner is licensed to grow a great deal of marijuana, they might want to be careful: Washington is not OK with just anybody harvesting weed, though this ad may just be proof that they don’t tend to bother much with marijuana-related crimes either way. 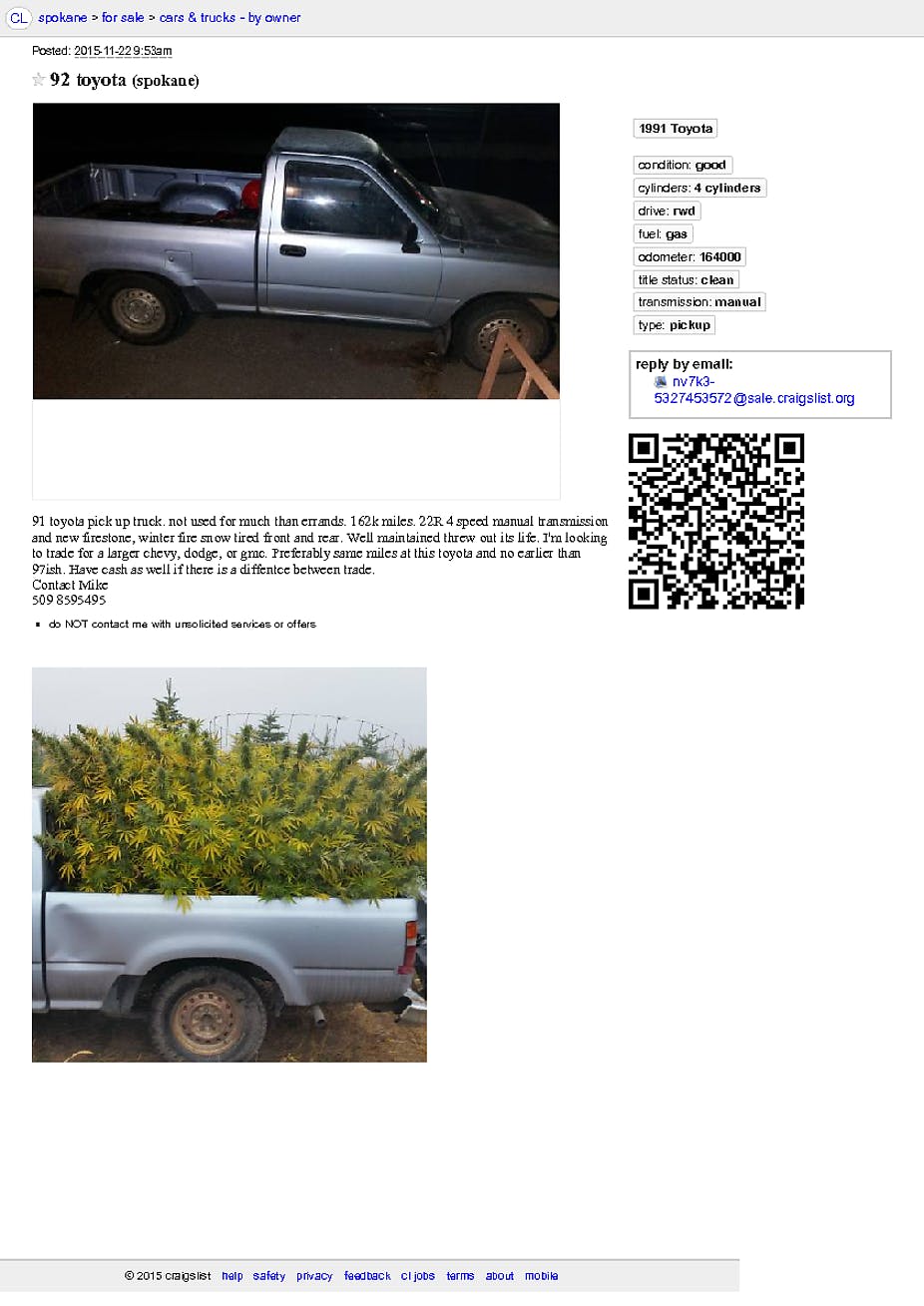 The title is clearly advertising a ’92 Toyota, while further description claims it’s a ’91. There isn’t much detail on the truck’s features (it runs on: gas), but a QR code is included (it was just a link to posting itself, and not, disappointingly, a hacked portal or a Dark Net link).

All in all, though, that’s a pretty great truck. The weed… eh. It looks like weed, but that’s the most we can tell from that distance. The truck, though: You can see it from the corner of your eye, for just a millisecond, and you’d think to yourself, “I just saw a damned fine truck.”

We ran the vehicle through the Kelly Blue Book website (we had to use the year ’92, as it was the last year offered—and make up a lot of other unknown details, too)—and though it’s marked a bit higher than Mike’s CL post, we think stuffing the cab full of untrimmed marijuana plants makes it worth an extra $1,000.

It’s an official report and everything, so scan that QR code, and get that fucking truck right now.