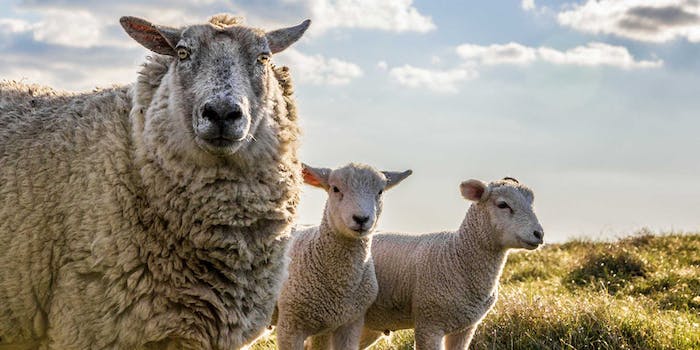 To capture the opening stage of the Tour de France, Sony has reportedly strapped “action cameras” onto five sheep who will be grazing in a pasture the peloton will pass this coming Saturday.

The sheep are owned by farmer Ian Hammond, who will control the cameras remotely. The sheep, and Hammond, live in Yorkshire, England which is where the Tour de France is starting this year.

The sheep do not appear to share Hammond’s enthusiasm, buckled as they are into awkward looking harnesses on which the cameras are borne. Also, they are sheep.

The strangest thing about all of this (to me, at least) is that the Tour de France is starting in England. Like, seriously? Is that even allowed?