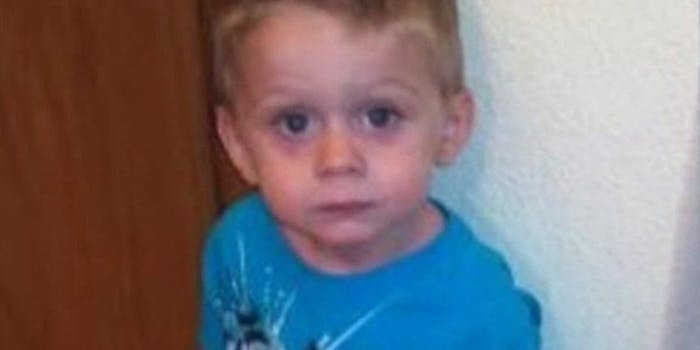 Maggie Jones thought she'd "hit the jackpot" when it came to daycare providers. She couldn't have been more wrong.

Maggie Jones, a mother of three from Chandler, Arizona, thought she had she’d finally “hit the jackpot” when it came to daycare. Instead, she soon found her family at the center of a vicious back-and-forth battle on Craigslist, culminating in an ad that called her 2-year-old son a “biter” and warned other providers to avoid him at all costs.

At first, Tiny Tots, an unlicensed child care service run by Maria Sul and her daughter, Carmella Sul, seemed clean, cozy, and affordable. After Jones’ youngest son, Ryan, had been enrolled for a while, she began to bring her 5-year-old, too.

Soon, however, her older son complained that he wasn’t getting fed enough during the eight-hour day at Tiny Tots. When Jones brought up the question of food with the Suls, they took the opportunity to ban her children from the center altogether, informing her that Ryan had bitten another child.

Jones, upset about the incident and the Suls’ unprofessionalism, posted a lengthy warning about Tiny Tots for other parents to see in the childcare section of Craigslist Phoenix. For some reason she never expected what would happen next: all-out war.

In response to Jones’s smear campaign, Carmella Sul went on Craigslist and uploaded a photo of 2-year-old Ryan with some libel of her own. “Please beware of this kid he bites,” reads the ad, which continues ([sic] throughout):

Please everybody look out for this 2 year old name Ryan he loves to bite other kids. The ladys name is Maggie she has 3 boys name Ryan Zack and Ethan. They are very bad boys … Her way of disciplining [Ryan] was to talk to him in a baby voice WOW!”

Sul even went so far as to text Jones directly: “Your kid is a dog and he keeps biteing [sic].” Perhaps it had something to do with the general lack of food? Just a guess.

Dateline tracked down another parent digitally harassed by Sul, who had ejected her 19-month-old for putting another child in a “chokehold,” as improbable as that seems for a near-infant. Sul texted Thomas to say “I hope you die and your kid.”

Tiny Tots is far from the only Arizona daycare business with a scorched-earth policy, as a quick glance through Craigslist reveals. Over the past month, daycare providers have posted warnings about customers they’ve blacklisted. A typical posting:

Michelle Moore is looking for daycare for her 6 year old daughter. She is an awful parent to deal with. her daughter is very disrespectful to you as well as your family and when issues come up michelle laughs about it and doesn’t do anything. Michelle will lie to you about her job as well as health.

Another woman, Misty Evans, is a regular target of an angry daycare provider, whose weekly posts come complete with a set of photos so she can be recognized on the spot.

This lady will use you,make you watch her naughty 3 children for long hours, pretend like she is a nice gal then when it is time to pay you she will screw you over and not pay you! She owes me 200 bucks and at first when I asked for money she was like, “sure of course I will come over n pay you” ya she said that for the next week. It became a pattern every single day she would say she was coming over at a certain time to come pay me but never shows up and never texts to say she wasn’t coming because she wasn’t even coming it was just an excuse to get out of paying. She has now blocked my number so I cannot call her.

Whether you’re an overworked parent or a desperate daycare provider, it’s hard finding people you can trust. The good news is that with Craigslist, revenge is never more than a few keystrokes away.