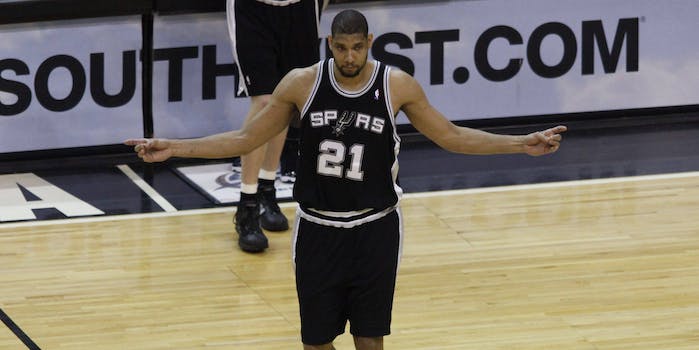 We can talk about its dubiously guiding, press release stylings for days, but what made LeBron James’ most recent decision awesome was its transparent, toned-down nature. No prime-time special, no Boys & Girls club, no Kanye West asleep in the corner—just a straightforward message via print sports’ most resilient institution.

Half of the members in your household have probably read his letter by now, which makes LeBron’s move back to the Cleveland Cavaliers ripe for parody—and the bar has just been set.

Here, Duncan (once profiled in a Sports Illustrated cover story dubbed 21 Shades of Gray) gets thoughtful and sentimental about dumping Firefox for Chrome:

The thing keeps going with a softer touch than Duncan going glass:

I’m doing this essay because I want an opportunity to explain myself uninterrupted. I don’t want anyone thinking: He and BING didn’t get along. … He and Android didn’t get along. … Firefox couldn’t put the right team of designers together. That’s absolutely not true.

I’m not having a press conference or a Google Hangout party.

Duncan’s Chrome Decision is strong first stab in what should be a meme-tinged three months before the NBA returns.