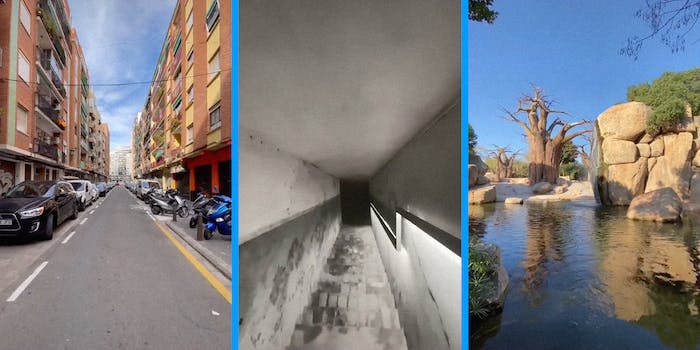 TikTok ‘time traveler’ says he woke up alone in 2027

Last summer, there were a lot of alleged time travelers on TikTok: 2028man, who claimed he was from 2028, predicted Joe Biden would win the presidency and eventually deleted his account. A man who goes by 2029man is still offering pop-culture predictions on his account. Now a man who goes by Javier has upped the stakes: He claims he is the only person alive in 2027. (Well, in his city.)

The first post from TikTok account unicosobreviviente, which translates to “only survivor,” is from Feb.13. Javier claims he woke up alone at a hospital in Valencia, Spain, but in the year 2027.

His subsequent videos show empty streets, train terminals, and businesses, though the power still appears to be on in several videos, and he obviously has some sort of internet access. One TikTok shows his reflection in a restaurant door. He also revealed that there were four keychains hidden around the city, with coordinates, that might offer a “connection” between 2021 and 2027.

While engaging, some carefully composed shots suggest this might be an inventive spin on TikTok’s POV trend—or for some bigger project. It’s likely these videos were taken at some point during Spain’s lockdown, hence the empty streets. More recently, Javier answered a commenter question about how he has electricity and internet: He’s not sure, he says, but again claims some sort of connection to 2021.