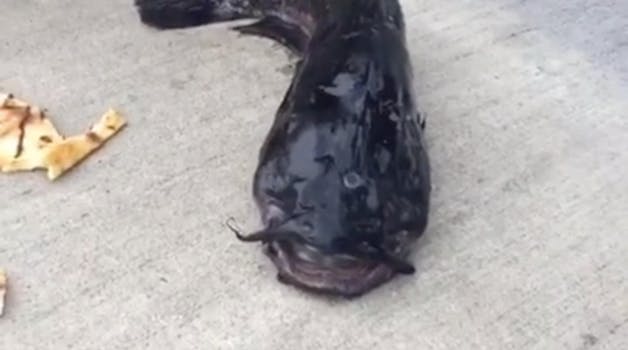 'The Simpsons' can always predict the future.

Blinky from The Simpsons has been spotted in Brooklyn, New York.

ABC 7 reports that a three-eyed catfish was caught in Brooklyn’s Gowanus Canal, which for the record, is pretty damn gross. Greg Hunter caught video footage of the critter, which was apparently whacked dead by the fisherman. There’s also what appears to be some pizza crust laying next to the fish, which really just gives me a lot more questions.

Hunter says that the man who hooked the catfish planned on eating it. We’re guessing it’s to absorb his radioactive powers.