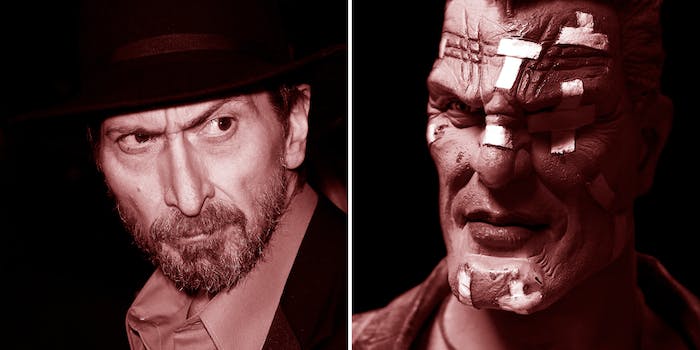 The announcement came after attendees said they were dropping out.

U.K. comics convention Thought Bubble has announced that it will no longer be hosting Frank Miller as a guest in response to backlash from attendees and other guests.

Frank Miller, once the uncontested king of the comics world, has been increasingly controversial over the years. Already accused of misogyny over his iconic Sin City series, Miller came under fire for Holy Terror in 2011—a graphic novel which critics called out as Islamophobic.

Once Thought Bubble announced it had invited Miller to appear as a guest at its convention—which is scheduled for Nov. 13-14 at the Harrogate Convention Centre in England—the reaction was swift and highly negative. Fans announced that they would no longer attend the convention unless Miller was dropped—with some going so far as to tweet screenshots of their cancelled bookings as the start date dragged closer and Miller remained on the books.

Other guests also announced that they would be withdrawing from the con as long as Miller remained on the list.

But it seems that it took independent publisher Short Box deciding to pull out to get Thought Bubble to finally remove Miller as a guest.

Although some fans of the con are just pleased that Miller will no longer attend, for many, his removal at this stage is too little too late.

For some, it’s the fact that after eight weeks of objections from guests and fans alike, it took one of their more prominent guests withdrawing to remove Miller—including Short Box’s Zainab Akhtar herself, who sees it as having been used to do Thought Bubble’s “dirty work” for them.

Others took issue with the unspecified “barriers beyond their control,” which the Thought Bubble team cited as the reason they didn’t take action before now.

Some have expressed support, assuming the “barriers” are contracts or other industry matters that they don’t have leave to speak on in public. Most, however, seem to be assuming it’s just an excuse and an attempt to save face after realizing just how continuing to platform Miller all this time has impacted their public image.

Overall, many people don’t seem impressed with the organization’s apology.

We have reached out to members of Short Box the Thought Bubble team and will update this article if they respond.