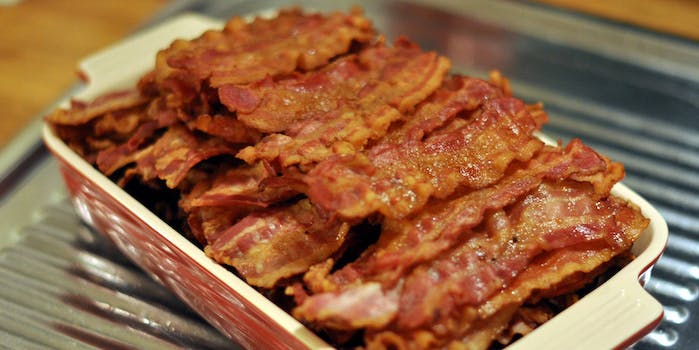 Fed up 86-year-old thwarts thief, slaps her with bacon packet

An elderly woman learned a valuable lesson on Tuesday when a thief tried to take her shopping cart and demanded her money: Bacon is your friend.

The 86-year-old was running errands and had gone from the bank to the supermarket only to be stopped by a tall woman wearing sunglasses. The suspect was all set to steal at the tiny U.K. shop but this octogenarian was having none of it. Her response? Telling the thief to fuck off with a packet of frozen bacon.

The criminal is still at large. It’s unclear what the bacon’s fate will be. Though it heroically acted as a means of protection, the 86-year-old who was “shook up” by the incident probably ate it for comfort.