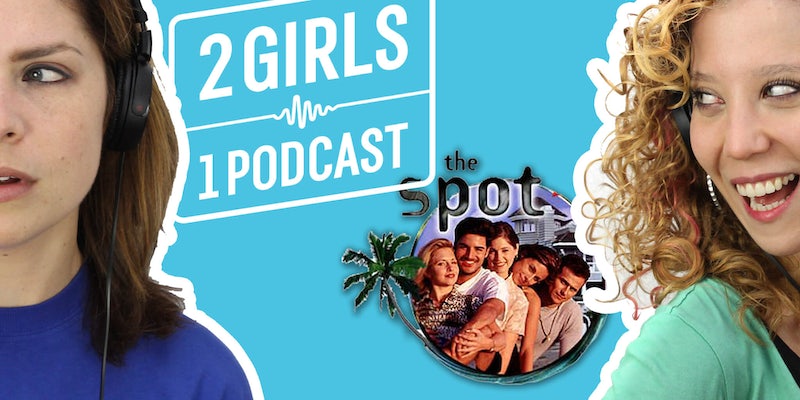 In 1995, at the height of cultural mania around 90210, Melrose Place, and MTV’s The Real World, the internet as we know it today was just getting started.

But if you had a connection and thirsted for more beautiful people trapped in a house with drama, there was The Spot. Created by producer Scott Zakarin, it was a first-of-its-kind interactive webseries that imagined a cast of young, attractive characters writing journal entries about their lives inside a shared beach house in California.

Diaries, pictures, and short video clips kept the audience up to date, and devoted fans (some who assumed it was real) could write in by email to influence the characters and plot. Today, we take this kind of interactive media for granted. The Spot was incredibly innovative for its time and engaged a rabid fanbase while simultaneously baffling mainstream media.

This week on 2 GIRLS 1 PODCAST, Alli and Jen chat with Zakarin about his inspiration for the show, what kind of plot points create the best drama, and why dogs are always able to write journal entries in his projects. He also shares details of his current obsession, a new podcast called Digital Sky, available on all podcast platforms and YouTube.